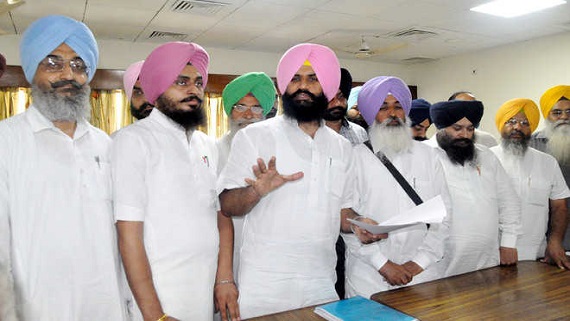 While interacting with the mediapersons during a press conference Simranjit Singh Bains reportedly said that the Congress government should call an emergency session of the Vidhan Sabha and table a Bill that must be passed unanimously.

“Once the Bill reaches the President, he would take a call on whether Sections 76, 77 and 78 of the Reorganisation Act, 1966, are unconstitutional as far as Punjab is concerned.”

Furthermore, he stated that former CM Parkash Singh Badal should ask his daughter-in-law Harsimrat Badal to resign from the Union Cabinet as a mark of protest on SYL controversy.

“Not a drop of Punjab’s water will be shared with any state. I am ready to face police lathis in the state’s interests,” he further added to his statement.