Pune:  A Pune based ‘Pro-Hindutva leader accused of orchestrating the violent attack on a Dalit gathering observing 200th celebrations of battle of Koregaon Bhima at Bhima Koregaon village near Pune on 1 January 2018 was arrested on Wednesday by the Pune rural police, after his application for an anticipatory bail was rejected by the Supreme Court of India (SCI).

Advocate Nishant Katneshwarkar, standing counsel for the state of Maharashtra in the SCI reportedly said, “Application of Milind Ekbote for an anticipatory bail has been rejected after consideration of the status report filed by the state on the case. He can be arrested anytime.” 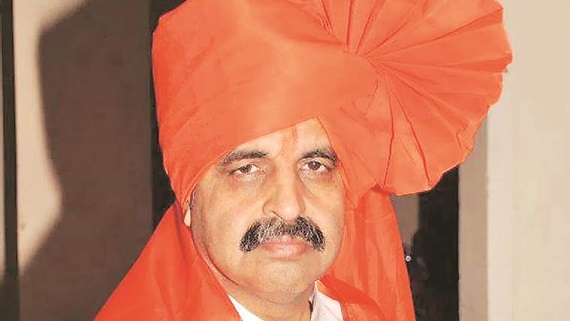 Whilst talking to Indian Express (IE) the Pune’s rural police confirmed the arrest of Milind Ekbote from his house Wednesday noon.

In a statement give by the police earlier in February they had maintained that they would be pressing to get a police custody of Ekbote (60) for his interrogation. At the time, while continuing the protection from arrest granted to Milind Ekbote earlier till the hearing on Wednesday, the apex court had pulled up the Maharashtra Police for not doing enough to arrest him.

Furthermore, it is reported by the media sources that two first information reports (FIRs) were registered against Ekbote and another Hindutva leader from Sangli, Manohar alias Sambhaji Bhide by Dalit activists, alleging their role in the violent attack on Dalits at Koregaon Bhima, at a time when lakhs of Dalits had come to the Jaystambh in Perne village on Pune-Ahmednagar road for marking the 200th year of battle of Bhima Koregaon on January 1.

Apparently, the duo were booked under the charges of inciting violence, attempt to murder and atrocity against Dalits. Later, the Pune rural police invoked additional sections 153 (a), 120 (b) and 117 of IPC against Ekbote, claiming that preliminary investigation has found his involvement in the January 1 violence in Koregaon Bhima.

Subsequently, the Police have said that they have evidence against Ekbote, who had held press conference on December 30 opposing the gathering of Dalits at the Jaystambh in Perne on January 1.