Chandigarh: The Modi government has reportedly tabled a Bill in Lok Sabha, that would seek to set up a single permanent tribunal to resolve inter-state river water sharing disputes.

Instead of having multiple tribunals, the Bill – introduced by the water resources minister Uma Bharti despite opposition from the Biju Janata Dal (BJD) – makes a provision of a single permanent tribunal with multiple benches. Unlike the Tribunal, the benches will cease to exist once the disputes are resolved.

Once the proposed legislation is enacted, the single permanent tribunal – known as Inter-State River Water Disputes Tribunal – will subsume all the existing tribunals including those on Cauvery, Mahadayi/ Mandovi, Krishna, Vansadhara and the alleged dispute between Punjab and other non-riparian states over Ravi and Beas rivers.

The Bill reportedly proposes to introduce a mechanism to resolve the water dispute amicably by negotiations through a ‘Dispute Resolution Committee’ (DRC) before such dispute is referred to the Tribunal. The Committee will be set up by the central government consisting of experts from relevant fields. 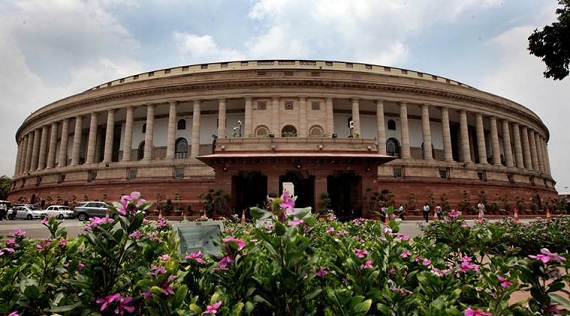 It is reported that the Bill was opposed by the BJD member Bhartruhari Mahtab who wanted the government to have a re-look at the proposed legislation arguing that it was drafted in a poor manner.

“I am not going into the merit of the Bill. It’s a very badly drafted Bill. Since water is a state subject, I would also ask the government whether it has consulted all the 29 states before drafting it”, Bhartruhari Mahtab  reportedly said.

“The Centre was very much within its rights to introduce such Bill under Article 262 of the Constitution and assured the House that the proposed legislation was needed to resolve any dispute expeditiously” said the English vernacular in its report while quoting Uma Bharti.

The Bill fixes total time period for adjudication of a water dispute at a maximum of four and half years. The decision of the Bench of the Tribunal will be final and binding on the states concerned, with no requirement of its publication in the official gazette – it means the decision of the Tribunal will automatically be notified the moment it is delivered notes Times Of India (TOI).