Fatehgarh Sahib: As per the media reports former deputy Speaker of Punjab Vidhan Sabha Bir Davinder Singh on Monday visited the deserted sub-jail in Bassi Pathana along with some Sikh scholars. 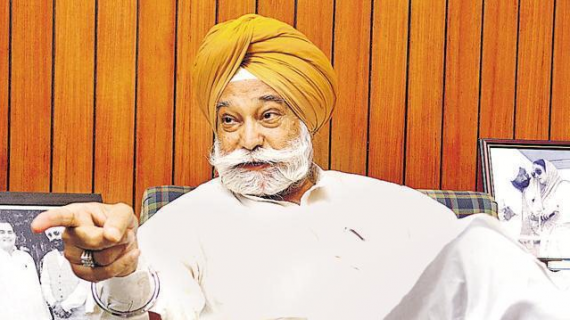 While interacting with the mediapersons he demanded that the possession of the sub-jail should be handed over to the SGPC to construct a memorial for Guru Teg Bahadur Sahib, the ninth Guru of the Sikhs, and three other martyrs — Bhai Sati Das, Bhai Mati Das and Bhai Dayala Ji — as they remained in the jail for four months during the regime of Aurangzeb.

Additionally, he maintained that Guru Teg Bahadur Sahib and his disciples left for Chak Nanki (now Anandpur Sahib) on their way to Delhi to meet Aurangzeb to protest the atrocities against the Kashmiri Brahmins. They were arrested from Malikpur Rangran village by Noor Mohamad Khan Mirza and produced before the then governor and on his orders, they were sent to the jail at Bassi Pathana.

They remained there for four months till the Sirhind governor received a message from Aurangzeb to send them to Delhi, notes The Tribune (TT).