BJP Doors are Open but its Upto H S Phoolka to Join BJP or Not, says Vijay Goel

Vijay Goel was speaking to the media on the sidelines of a function held yesterday (Jan. 13) to felicitate H S Phoolka for fighting cases of victims of 1984 Sikh genocide to secure punishment for the culprits. 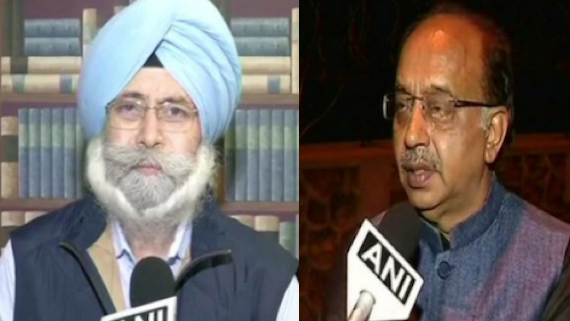 He said that the BJP’s doors are always open but it was upto H S Phoolka to decide whether he wants join the BJP or not.

It is notable that Advocate H S Phoolka has recently resigned from the Aam Aadmi Party (AAP) and formed Sikh Sevak Sangathan (SSS) with a volunteers’ wing called Sikh Sewak Army (SSA). He has announced that he would not contest 2019 Lok Sabha election and would work to free SGPC from “political” control.

H S Phoolka says that BJP always supported him in his fight for justice to the victims of 1984 violence against Sikhs. He said that closeness with BJP existed even when he was with Aam Aadmi Party.