NewDelhi: Leader of pro hindutva outfit BJP and minister for parliamentary affairs Mukhtar Abbas Naqavi here on Thursday while commenting upon the Alwar Lynching incident in which one Muslim dairy farmer Pehlu Khan was killed by Hindutva inspired gau rakshaks, said in the Parliament that no incident, as reported in the media, took place in Alwar, Rajasthan. Naqvi was responding to Congress MP Madhusudan Mistry’s statement that self styled cow safety volunteers or gau rakshaks had attacked vehicles transporting cattle and killed a man, besides injuring several others. 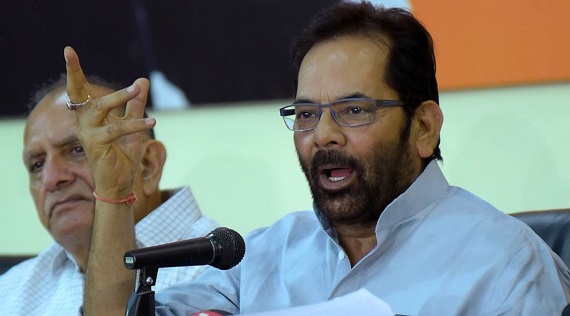 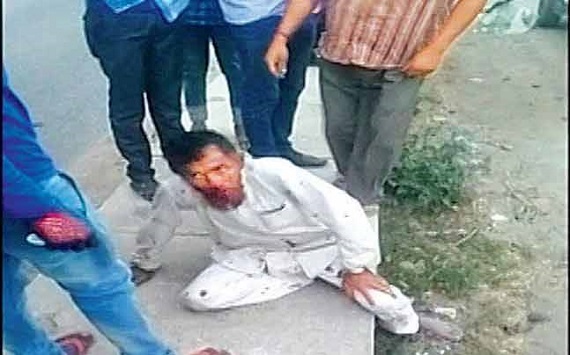 Victim Pehlu Khan being lynched by a Gau rakshak dal. (A video Grab)

While replying back to Mukhtar Abbas Naqavi the leader of opposition in the Lok Sabha Ghulam Nabi Azads reportedly said : “I am extremely sorry that the minister is so ill-informed. Even the New York Times knows and the minister doesn’t know.”

Terming the matter serious in nature, deputy chairman PJ Kurien said he was not convinced by both sides and he asked Naqvi to ask Home Minister Rajnath Singh to submit a report to the House. “I cannot go by media reports,” Kurien said, reads a quote in the Indian Express (IE).

The congress vice-president Rahul Gandhi categorically expressing his displeasure over the deteriorating law and order situation in Rajasthan stated that  “When government abdicates responsibility and allows lynch mobs to rule, tragedies of immense proportion follow. Shocking breakdown of law & order in Alwar. All right thinking Indians must condemn this blind brutality. We expect Govt to take strict action against those responsible for this brutal & senseless attack.”