Braveheart Production begins production of “Sukha and Jinda – The Movie” 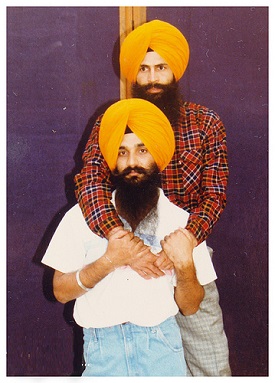 Vancouver, Canada (August 28, 2014): A Canada based company, Braveheart Production, has announced commencement of productions on its debut film “SUKHA AND JINDA – THE MOVIE“.

“This movie tells the real life story of Harjinder Singh Jinda and Sukhdev Singh Sukha, known for their high profile acts of bravery through the late 1990’s. The story provides a glimpse into their lives leading up to the actions that resulted in their judicial murder” reads a release sent by Braveheart Production to the Sikh Siyasat News (SSN).

According to the release [t]he production’s creative team includes a highly revered and experienced writer, well respected in the film community for previous work in both Punjabi and Bollywood movies. The movie will also be casting some of the biggest names in the industry today.

As per information the Braveheart Production is look forward to release “Sukha and Jinda – The Movie” in the summer of 2015.

“We are looking forward to launch the official website for “Sukha and Jinda – The Movie” before the end of the year”, a representative of Braveheart Production told Sikh Siyasat News (SSN).