Breaking News: BJP Ends Up Alliance with PDP in Jammu and Kashmir

Chandigarh: The Bhartiya Janta Party (BJP) on Tuesday announced to end up its alliance with PDP in Jammu and Kashmir, said General Secretary Ram Madhav. 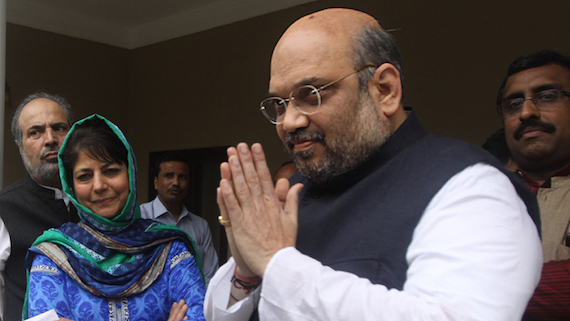 Ram Madhav said: “It has become untenable for the BJP to continue in the alliance government in Jammu and Kashmir.”

BJP president Amit Shah held an urgent meeting of Jammu and Kashmir BJP ministers and some top leaders in the Delhi on Tuesday.

The BJP had 25 lawmakers and the PDP had 28 in the state assembly, where the majority mark is 45.