NewDelhi: With the backing from the President of India Pranab Mukharjee, the Narendar Modi lead hindutva government at the center has amplified its efforts to enforce its tri-lingual policy by imposing Hindi language onto all  students of Kendriya Vidyalaya and schools affiliated to the Central Board for Secondary Education CBSE board,  till Class 10 and it won’t be an elective subject.

This comes after President of India Pranab Mukherjee gave “in- principle approval” to a suggestion of a parliamentary panel which sought to extend Hindi being a compulsory subject from class 8 to class 10., reads a quote in  an English vernacular. 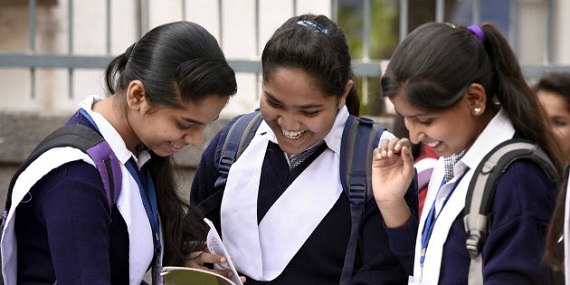 Since, India does not have a single language as its national language due to the fact that there are multiple languages spoken throughout the Indian  Sub continent due to its multi cultural, multi-ethnic & multi-national demography. So in order to bring in uniformity in terms of language in order to carry forward its agenda of establishing a single Indian nation the other languages are subdued and suppressed so that Hindi can be encouraged.

The “in-principle approval” will mean that the central government will have the authority to make Hindi compulsory in in category A Hindi-speaking states but only after consultations with states, notes Huffington Post in its report.

Last year, CBSE had recommended a three-language formula – English and any two Indian languages – to be expanded to classes 9 and 10. But while Hindi is likely choice for northern part of the Indian sub continent, other states are could pick from any of the 22 Indian languages recognised by its Constitution, said media reports.

The decision came when six years ago a committee made 117 recommendations on how to impose Hindi &  and extensive Center-state deliberations on the matter, reads a report from Economic Times.

Last Monday the President of India accepted the recommendations of the committee of parliament and stated all dignitaries including the President and ministers, should read out speeches in Hindi if they are well versed with the language.

Among the rejected recommendations were in which it was asked that the mandatory use of Hindi for correspondence in public shareholding companies and all private companies for providing information about products be made in Hindi.

However, people availing services of Air India will be forced fed with information in Hindi as it has been asked by the Indian president that the Air India tickets must be provided in Hindi and have Hindi magazines and newspapers on board for passengers as he is of the illusion that Hindi is “grossly neglected by airlines.”