Chandigarh: China on Friday (May 29) rejected US President Donald Trump’s offer to mediate between India and China to end their current border standoff, saying the two countries do not need the intervention of a “third party” to settle their differences.

“We have informed both India and China that the United States is ready, willing and able to mediate or arbitrate their now raging border dispute. Thank you!”, US President Donald Trump tweeted on Wednesday (May 27).

We have informed both India and China that the United States is ready, willing and able to mediate or arbitrate their now raging border dispute. Thank you!

China’s response has come in the form of an answer to a media query during a regular press conference of the spokesperson of the Ministry of Foreign Affairs.

TASS: US President Donald Trump on Wednesday tweeted an offer to mediate between China and India on the conflict at their border. I wonder if China has any comment on this offer? 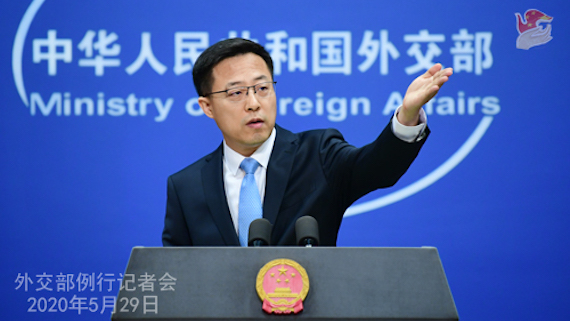 Zhao Lijian (Spokesperson of China’s Ministry of Foreign Affairs): China’s position on the China-India boundary question is consistent and clear. We follow in real earnest the important consensus reached between leaders of the two sides, strictly abide by relevant bilateral agreements, and stay committed to upholding national territorial sovereignty and security as well as maintaining peace and stability in the China-India border areas. Currently the overall situation along the border is stable and controllable. There are full-fledged mechanisms on border-related issues and communication channels between the two countries. We are fully capable of properly resolving any issue between us through dialogue and consultation. There is no need for a third party to intervene.