Chandigarh: China has welcomed opening of the Kartarpur Sahib corridor. Responding to question on November 11, China’s Foreign Ministry Spokesperson Geng Shuang said “We noted the reports and welcome the positive interaction between India and Pakistan”. 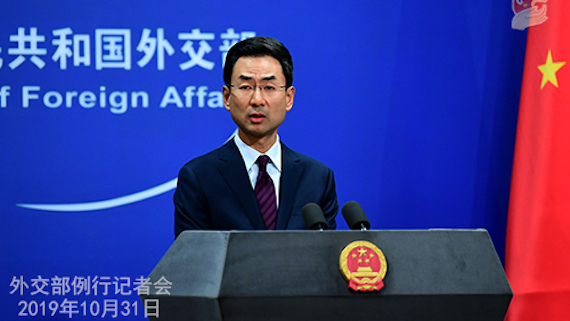 The corridor connecting Dera Baba Nanak in Gurdaspur district of East Punjab with Kartarpur Sahib in Narowal district of West Punjab was inaugurated on both sides on November 9.

Full Text of China’s Response on Opening of the Kartarpur Sahib Corridor:

Q: Indian Prime Minister Narendra Modi thanked Pakistan’s Prime Minister Imran Khan in a televised speech on November 9 for the inauguration of a special Sikh corridor for pilgrimage in Pakistan, expressing appreciation for Prime Minister Khan’s respect for the sentiments of India and cooperation. Reports say it is a rare message of thanks from India to Pakistan. What’s your comment?

A: We noted the reports and welcome the positive interaction between India and Pakistan.

India and Pakistan are both important countries in South Asia. Good neighborliness between them meets the fundamental interests of both sides and the shared aspiration of the international community. We hope the two sides will continue to exchange goodwill and meet each other halfway, properly settle differences through dialogue, make efforts to improve relations and jointly uphold regional peace and stability.