Committee on Nanakshahi Calendar issue put on back burner

Amritsar: Committees constituted to ‘sort out’ Nanakshahi Calendar issue and to prepare the draft for norm regarding appointment, retirement and jurisdiction of Jathedars of Sikh Takhats, have been put in cold storage.

Announcement to organize an 18 member committee to find amicable solution of Nanakshahi Calendar was made by the Jathedar Giani Gurbachan Singh. Various Sikh organizations were asked to propose names of their representatives to be included in the committee. But now the issue seems to have been abandoned. 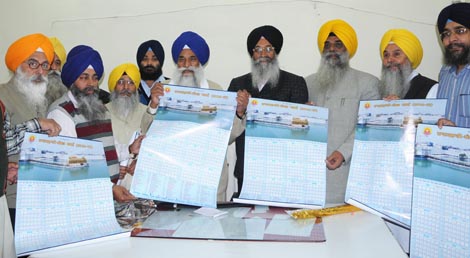 Giani Gurbachan Singh, Jathedar of Akal Takht Sahib, said that the list of Committee members couldn’t be prepared due to certain reasons. He said that sufficient proposals regarding names of committee members were not received.

SGPC secretary Manjit Singh said that SGPC has already proposed names of two members to be included in in proposed committee. He said that once the committee is constituted by Akal Takht Jathedar, the SGPC will facilitate further process. 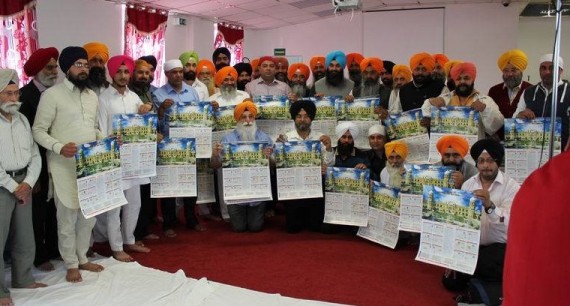 While the issue of Nanakshahi Calendar remains in cold storage, the controversy over date of martyrdom anniversary of Guru Arjan Dev Ji has turned to be a burning issue. SGPC has announced to mark this martyrdom anniversary on May 22 following the amended version of Nanakshahi calendar. But on the other hand, the Pakistan Sikh Gurdwara Prabhandak Committee (PSGPC) has announced to observe the day on June 16, as per unamended version of Nanakshahi Calendar.

In wake of Pakistan Gurdwara committee’s decision to follow unamended version of Nanakshahi Calendar, the SGPC Jathas may face visa problems to visit Pakistan in May to mark martyrdom anniversary of Guru Arjan ji on May 22.

Similarly the issue of drafting norms for appointment, retirement and conditions of service for ‘Singh Sahiban’ has also been put aside after one meeting of Sikh Intellectuals.

It is notable that SGPC had appointed a committee in this regard, but after holding initial meeting, the committee failed to pursue the matter.