Walsall, UK: A thirteen year-old boy from Walsall, Wolverhampton has been reportedly since May 26, when he was last seen by his. Jaspreet had went missing on an earlier occasion also.

Police received reports that Jaspreet Khun Khun was missing from his home on Raven Road, in Park Hall, Walsall, two hours after he was last seen at 7pm. 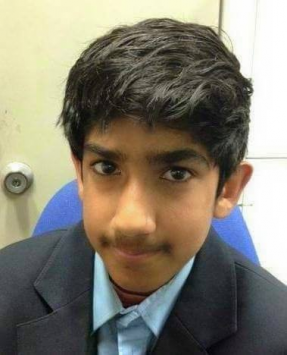 As part of their efforts to find Jaspreet Khun Khun, officers said they have spoken to his family and friends, searched a number of properties and visited places he is known to frequent.

When missing before, he has been found in Walsall, Wolverhampton, West Bromwich, Telford and even Southampton. Other police forces have been informed of his disappearance.

Jaspreet is described is around 4ft tall and slim. He has brown eyes, short black hair and a light moustache. He speaks with a local accent.

At the time he went missing Jaspreet is believed to have been wearing blue jeans, black shoes and a grey hoody.

• Jaspreet or anyone who knows where he is should call police immediately on 101.