Chandigarh: Former Punjab CM and Congress party’s deputy leader in the Lok Sabha Capt Amarinder Singh will lead a gherao of the Punjab Chief Minister Parkash Singh Badal’s residence on Friday, August 21. The opposition party has announced the protest to press for pending payment to the sugar cane growers and the delay in payment of compensation to the farmers whose crops were damaged during the unseasonal rains and floods in the state. 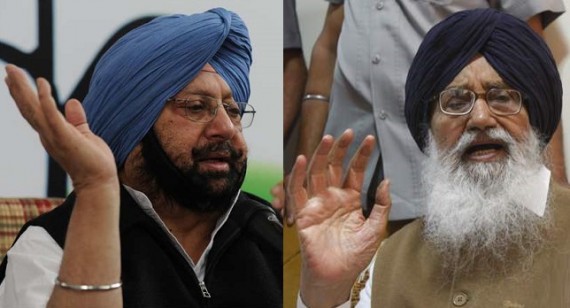 Capt Amarinder has personally appealed to all the sitting and former MPs, MLAs and PCC and district presidents and senior leaders of the party to ensure their presence at the gherao since the issue concerned thousands of farmers across the state.

He said, ideally the farmers should be getting the payment for their produce within 15 days, but now eight months have passed and there has not been any payment made to them so far.

The dharna will be attended by the sitting and former MPs, MLAs, PCC and DCC presidents and other party leaders. Disclosing this here today, Capt Amarinder said, the sugar cane farmers have not been paid since December last.