Protesters, outside the Chandigarh international airport, raised slogans against Kejriwal demanding the resignation of the leader of the Opposition in the Punjab Assembly Sukhpal Singh Khaira.
Khaira has been summoned by Fazilka court in a drug case, notes a report on website of The Tribune (TT).

“Kejriwal has always called Punjab’s youth as drug addicts. But when his own leader Sukhpal Khaira was summoned by a court in a drug case, he kept mum. Why he is not demanding the resignation of Khaira.We are today demanding that Kejriwal should seek resignation from Khaira”, TT quotes SAD (Badal) Harmanpreet Singh Prince. 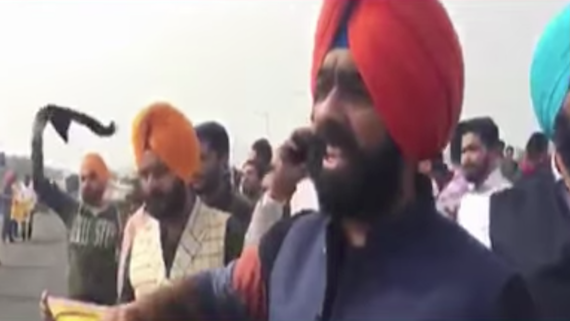 Protesters, carrying black flags and placards, were raising slogans against Kejriwal. Some of them were even carrying packets containing some white powder which was taken away by the police from their possession.

Accusing Kejriwal of adopting the double standard on the drug issue, a Congress activist reportedly said, “Kejriwal used to speak against drugs. And now his own leader Khaira has been summoned by the court in a drug case, he is not asking him to resign.”

It is notable that majority of AAP MLAs in Punjab have announced to support Sukhpal Singh Khaira in this matter. AAP leaders have been alleging that Sukhpal Khaira was being targeted out of political motivations.