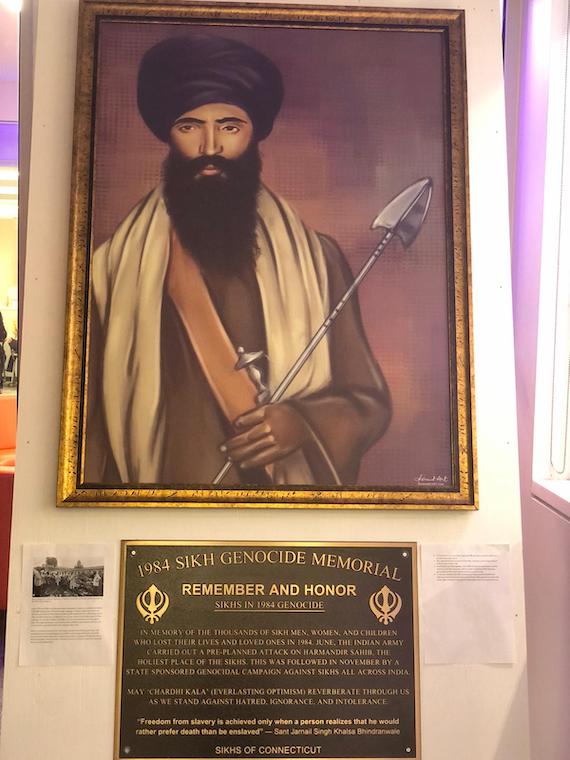 Sikh Genocide Memorial was first established in April 2019 by Otis library while Sikh community of Connecticut was commemorating 35th year of June 1984 Attack on Darbar Sahib by Indian Govt.

Memorial had Sikh Plaque to commemorate loss of life during 1984 Sikh Genocide along with Sikh Flag and Portrait of Sikh Martyr. 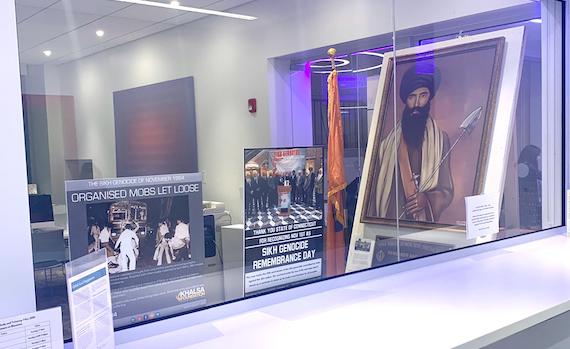 Swaranjit Singh Khalsa Member of Connecticut Sikh Community and Coordinator of UN council of World Sikh Parliament said “I am glad that Connecticut College provided this educational opportunity for residents and students”. 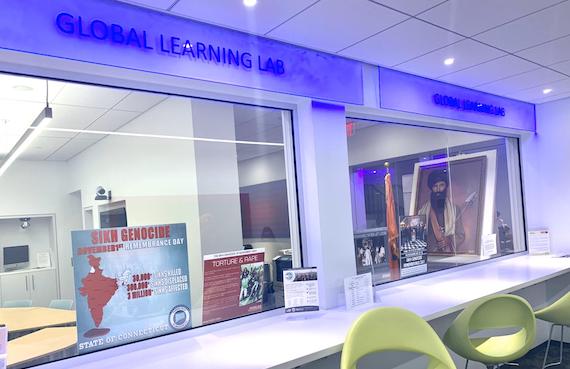 Along with placing the Sikh Genocide Memorial In Commons of Connecticut College they gave opportunity to members of Sikh community to come and talk on Sikh Genocide which Students were very excited about. 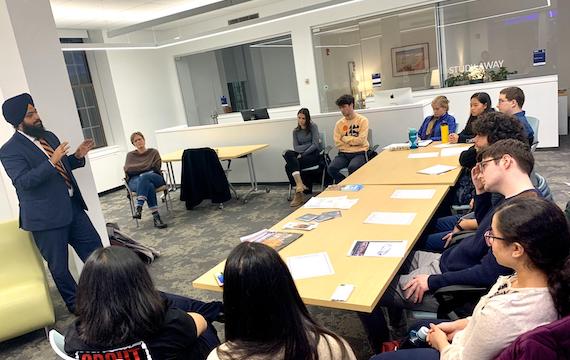 A view of discussion with students 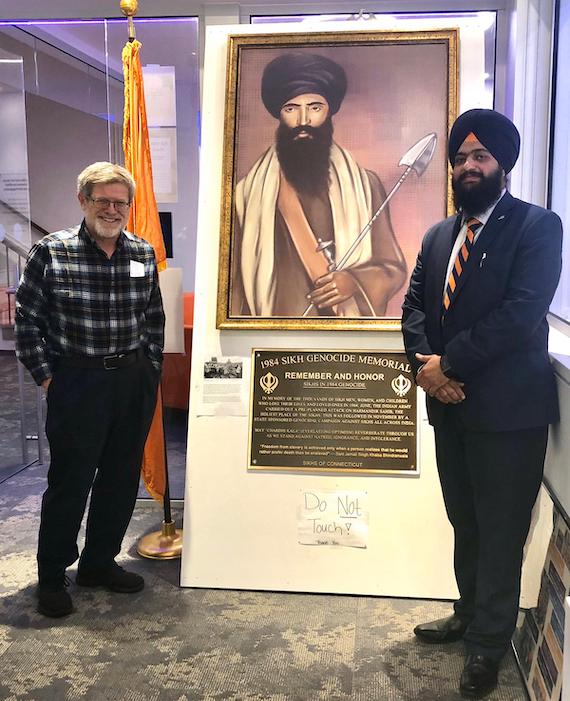 Sheetal Chhabria, a historian of South Asia and associate professor at Connecticut College who’s own grandfather, who was Sikh, became Hindu in the 1980s because of the anti-Sikh climate in India helped arrange this event at college for students.

Himat Singh Coordinator Sikh Coordination East Coast who was instrumental in putting ban on Indian diplomats coming in Gurudwara in official capacity also joined as a survivor of Sikh Genocide.

Harman Kaur the young Sikh who is studying in political science major and Representative of World Sikh Parliament was also present to answer any questions.

Sikh Community hope to get opportunity to educate their federal leaders who they want to acknowledge Sikh Genocide of 1984 just like they did Armenian Genocide.