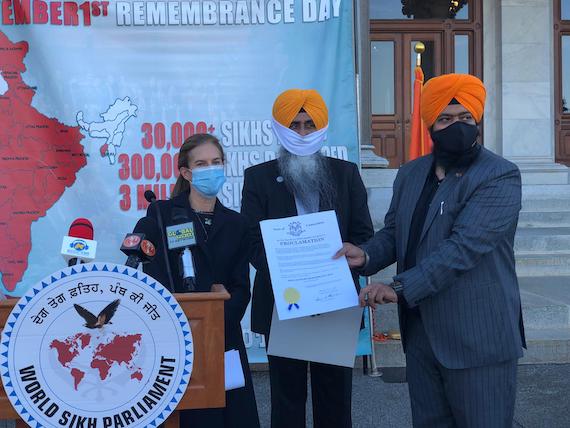 Connecticut Lt. Governor Susan Bysiewicz read Governor Ned Lamont’s proclamation on this day and showed empathy with the Sikh community. State Senator Cathy Osten, State Representative Kevin Ryan, expressed their remarks and read a citation from the Connecticut General Assembly, recognizing the 1984 Sikh Genocide committed by the Indian Government. The World Sikh Parliament (WSP) was recognized for its humanitarian work along with their partners during Covid-19 in America, says a written release by WSP (copy available with Sikh Siyasat News). 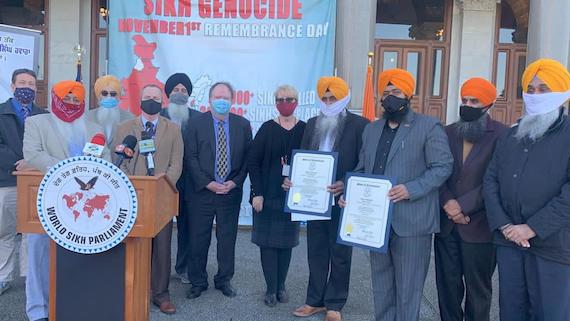 Senator Osten emphasized, “Nations that commit genocide are to be made accountable. Sikhs must commemorate such days, every year.”

Peter Nystrom, Mayor of Norwich, gave his remarks recognizing the anti-Sikh killings in 1984 as a Sikh Genocide. 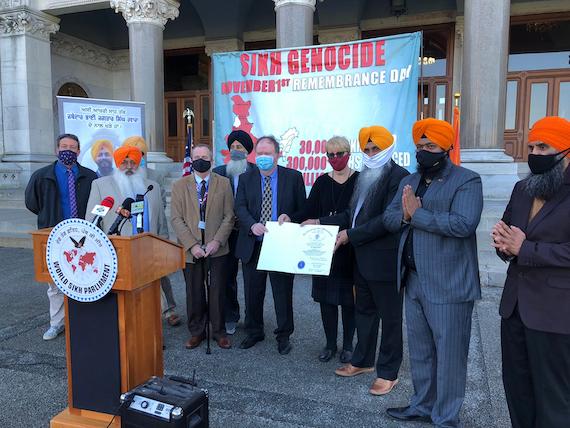 Swaranjit Singh Khalsa Member Board of Education of Norwich and Coordinator for UN-NGO Council for World Sikh Parliament, said, “I am thankful to the Sikhs of Connecticut and other members in organizing this event at State Capitol. It took us three months to prepare and plan for this event.

A portrait of Maharaja Ranjit Singh was presented to Mayor of Norwich Peter Nystrom by members of the World Sikh Parliament.