Chandigarh: The pro freedom body Dal Khalsa here today strongly condemned the deplorable act of distortion of the religious verses by comedian Navjot Sidhu, Dal Khalsa is of the believe that it is a serious attempt to adapt the verse for building empty rhetoric. 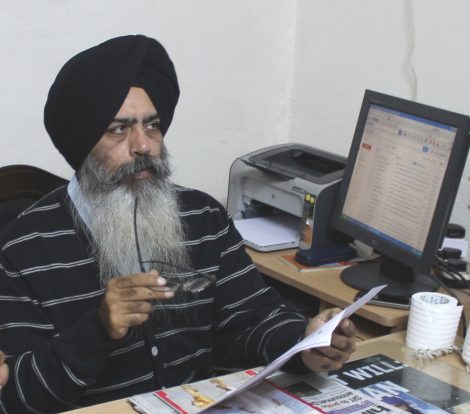 While the mainstreaming community has been tolerating this kind of rambling, the Sikhs would not allow this to continue either in politics, or in the media or films, said party spokesperson Kanwar Pal Singh in a statement to media.

He equally condemned the BJP for exploiting the Hindu sentiments for political gains. He said the right-wing BJP was again playing with fire. “Knowing fully well that Punjab is having peaceful environment, stoking old fires and rubbing salt on the wounds of the Sikhs comes naturally to the BJP”.

The manifesto of Hindutva party talks about giving compensation to victims of “so-called terrorism” but typically remains silent about victims of “state terrorism.”