Dedicated To Kartarpur Sahib Corridor:
Terming Kartarpur corridor as a landmark achievement for Sikhs, the Dal Khalsa dedicated the calendar to it. 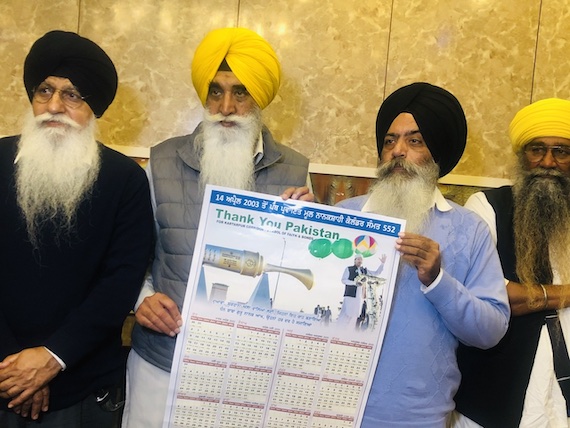 Having the image of Pakistan Prime Minister Imran Khan inaugurating the corridor on the calendar issued today, the Sikh organization said it availed the opportunity to thank Pakistan for the same. Without mincing words, the leaders of the pro-freedom Sikh group said this calendar is a befitting reply to all those, who not only nurture bad-feelings about the corridor but also hatred against Sikh-Muslim bonds.

Face off Between SGPC Task Force and Dal Khalsa Activists:
After performing ardaas at a simple ceremony at the Akal Takht Sahib, the Dal Khalsa leadership released the calendar of current year from Akal Takhat secretariat. During the release Dal Khalsa activists faced mild resistance from SGPC task force, who objected to the release of calendar from the secretariat premises. However, Dal Khalsa members stick to their stand and there were heated arguments between both sides. Later on, incharge of the Takhat secretariat intervened and expressed regret over misbehaviour of task force members and allowed the Dal Khalsa members to release the calendar from there.

Dal Khalsa’s Stance on Calendar Issue:
“We are determined to restore the Nanakshahi calendar in its originality and to its pristine glory.” Dal khalsa believed that having a unique and separate calendar was vital for the integrity of the Sikh religion. 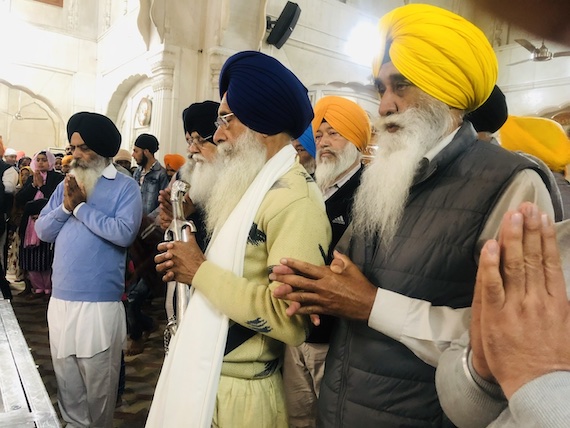 All faiths and communities have their own calendar as a mark of their distinct cultural identity. Under the garb of amendments, the SGPC executive in 2010 has killed the spirit and uniqueness of the almanac said
Harpal Singh Cheema said the Akali Badal Dal, under the influence of a section of the Sant Samaj tactfully reverted to Bikrami calendar but deceitfully retained Nanakshahi its name.

Party senior leader H S Dhami said in 2003, the then Jathedar of Akal Takhat Joginder Singh Vedanti in consultation with SGPC general house and Sikh organizations implemented the Nanakshahi calendar. His successor Gaini Gurbachan Singh, who’s remembered as disgraced jathedar reverted the calendar to Bikrami one under the dictates of Badals family. “As of now, the ball is in the court of the present incumbent Gaini Harpreet Singh to undo the damage done by his immediate predecessor”. “The SGPC and its appointed Jathedar must realize their role and responsibility to end the discord on calendar issue within the Panth” and added that till then they will stick to original version. 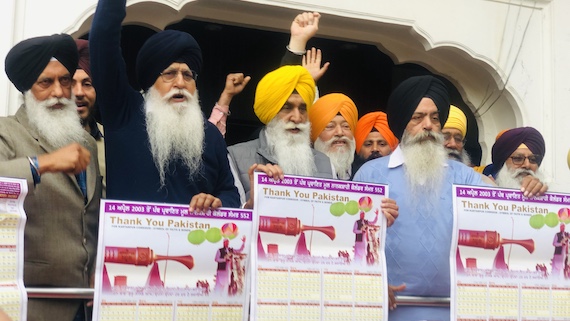 Taking to the media at press conference, spokesperson, Kanwar Pal Singh said, “Nanakshahi Calendar is a manifestation of distinct identity and a clear symbol of the “Sikhs as a separate people”, set up and nurtured by the great Gurus. We view the SGPC made amendments as “abject surrender in the face of the expansionist designs of RSS/BJP leaders aiming to subsume the Sikh religion.

The calendar released today not only has Gurpurab related holidays but also dates relating to the contemporary Sikh struggle.

desire of Sikh Nation. With corridor becoming a reality on 9 Nov 2019, all designs and moves by the people in power that nurture hatred against Sikh-Muslim bonds stand defeated”.