Amritsar: In a written statement issued on June 2, the Dal Khalsa said that it has launched a campaign to garner support for its June 6 Amritsar bandh call to mark the 35th anniversary of Teeja Ghallughara (June 1984 Indian army attack on Darbar Sahib). 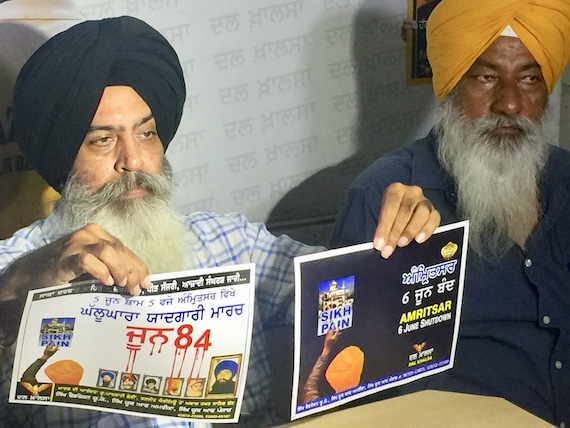 On Saturday and Sunday (1 and 2 June), youth groups associated with the Dal Khalsa distributed posters and leaflets across the city, urging traders and educational bodies to keep their establishments closed. 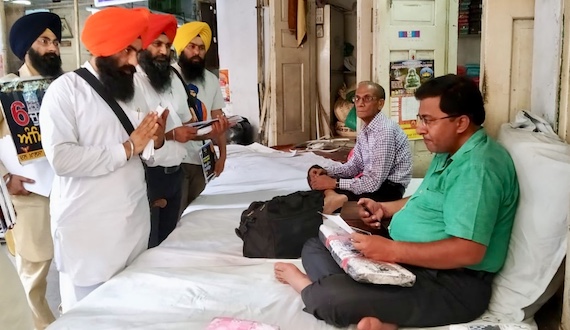 Activists of ‘Sikh Youth of Punjab’, led by its chief Paramjit Singh, also interacted with people in various markets and localities.

Addressing press conference in Chandigarh on Sunday (June 2) Dal Khalsa spokesperson Kanwar Pal Singh, however, said medical stores would remain open, adding that the bandh would be peaceful and road and rail traffic will not be disrupted. 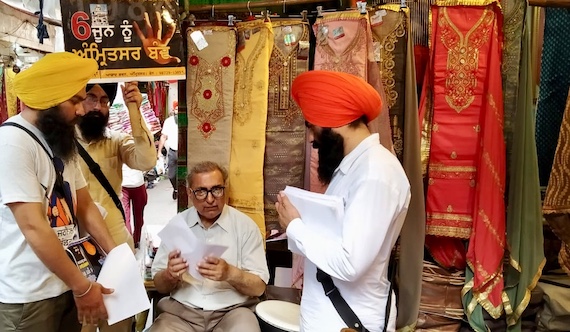 Earlier, in a meeting held under the leadership of Harpal Singh Cheema, it was decided that Dal Khalsa activists will hold Ghallughara Remembrance March into the streets on June 5.

Party spokesperson while interacting with media at party office said, “Since 1984, there has been change in political leadership with some Sikhs at the helm of affairs both at centre and the state. This however has not healed our wounds of June 84.” 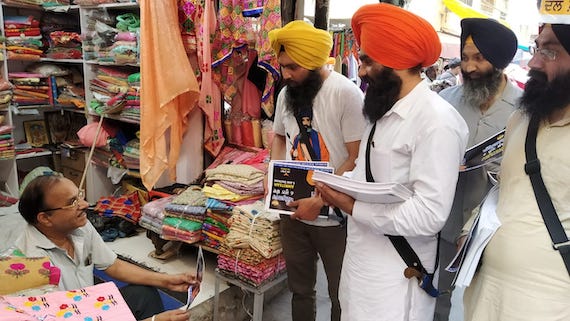 He said the aim of march was to reiterate the cause for hundreds of Sikhs who laid down their lives in 1984 while defending the attack adding that no issue of Sikhs had been solved till date. He said the Indian state founded militarily solution to Punjab problem, which was political in nature. Till date, the entire approach of the state is anti-Sikh.

On the rift between SIT members over the charge-sheet holding Sukhbir-Saini-Sira troika responsible for sacrilege incidents, he said the police has become highly politicized force. After doing criminalization of the force, the ruling parties have done its politicization. And for this both Congress and Badal Dal is responsible, said Kanwarpal Singh. The visible split in the SIT is not on professional lines but on political to give relieve to Badals and to show IG Kunwar Vijay Partap Singh in a poor light.

Dal Khalsa leader said Badals owe an answer to Punjab and panth as to why they drop the criminal charges against rapist Sirsa sadh at the last leg of their regime in 2012. He pointed out that the lust for power corrupted the minds of Badals, who ditched Panth to hug excommunicated Sirsa head.