Briefing the media, party’s senior leaders Satnam Singh Paonta Sahib and Kanwar Pal Singh said the Sikh code of conduct, as approved by the SGPC does not contain any reference to so-called “Sehajdharis”.

They were categorical that term Sehajdhari-Sikh has no religious sanction, hence asking the Union government to disenfranchise them from voting rights in gurdwara elections was rightful demand and fully justified. 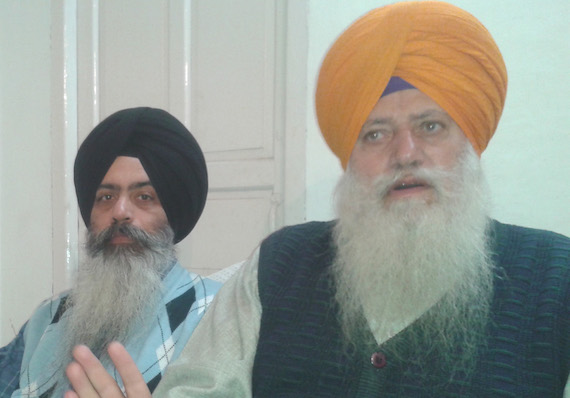 Expressing their satisfaction over the passing of bill in the Rajya Sabha debarring Sehajdharis from voting rights in the SGPC general elections, they pointed out that a ‘Sehajdhari Sikh’ is a contradiction in terms. Either a person is a Sehajdhari or a Sikh.

They said the farthest one can go was to accept the term “Sehajdhari” and not “Sehajdhari Sikh”. As we understand a “Sehajdhari” is a seeker of Truth, who wishes to affiliate with Sikhs and Sikhism. He is on the road to becoming a Sikh and adopting Sikhism as his faith.

We expressly state that those sections of the social structure which have affinity with Sikhs and Sikhism will be always welcome to continue their search for Truth and solace. However they would be entitled to the right to vote in gurdwara elections, only when they become Sikh and adopts Sikhism as their religion.

Going back to the year of 1925, when the Sikh Gurdwaras Act was framed, they said in some districts of Panjab (undivided Panjab) there were some Sehajdharis. However, after partition, leaving few, this faction or denomination faded out. Out of them, some adopted Sikhism and some returned back to Hindu fold.

They said for reasons best known to him, Amrinder Singh has always issued confused statements by mixing Sehajdharis with apostate Sikhs. Either he has no knowledge or he deliberately chose to ignore the fact that an apostate Sikh has no right to vote ever since the formation of Sikh Gurdwara Act, 1925.