Amritsar, Punjab: The Dal Khalsa today released the original version of the Nanakshahi calendar at a Gurdwara built in memory of June 1984 martyrs within the premises of Darbar Sahib putting the SGPC in a spot.

After performing ardas at Gurdwara built after the name of Sikh martyrs of 1984 holocaust, Sikh hardliners Satnam Singh Paonta Sahib and Harpal Singh Cheema who had served around 14 years behind bars in different cases related to Sikh struggle, released the calendar and presented the first five copies to the youth with a hope that they would keep the spirit of Nanakshahi calendar alive.

Holding the SAD and the SGPC responsible for killing the letter and spirt of the original calendar, party head Harchranjit Singh Dhami said the new calendar published and released by the SGPC was no longer the Nanakshahi or it is Nanakshahi only in name, but retrograde Bikrami in character.

He said we believe the whole move to revert to Bikrami was motivated by political pressures. Reasserting that the Nanakshahi calendar should not be bartered for votes, he said the only way things can improve for the Sikhs was to dislodge Badals and cronies of their party from the SGPC domain.

The calendar had a photograph of Damdami Taksal head late Sant Jarnail Singh Bhindrawale along with brief background of two decades of painstaking research that resulted in the conception and creation of the Nanakshahi Calendar. Appealling the masses to strictly observe the religious ceremonies and festivals as per the original calendar, the organization blamed some “outsiders” and “insiders” for collaborating to give it a quiet burial. 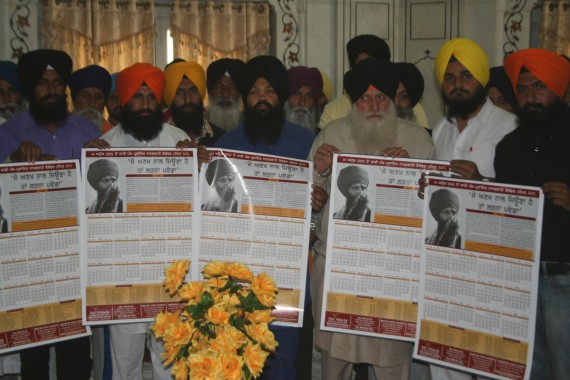 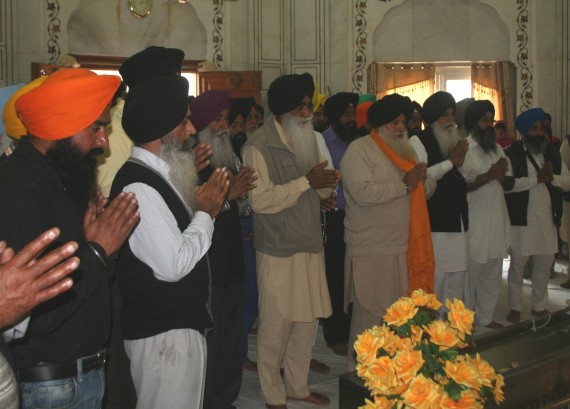 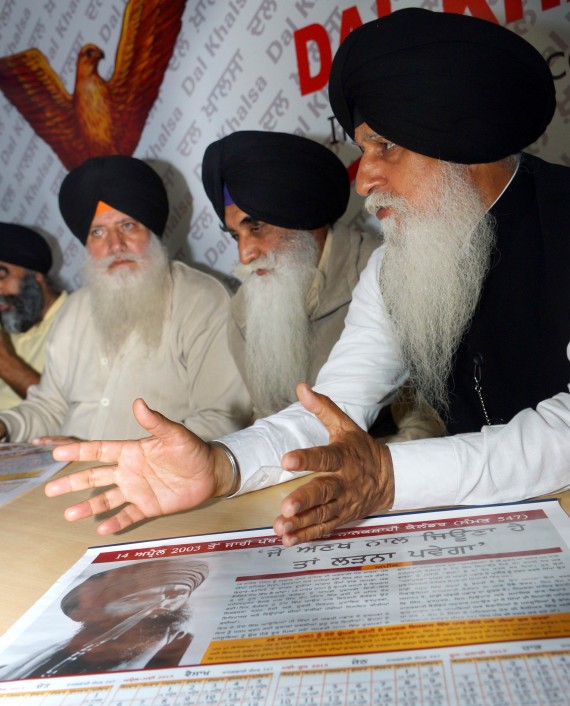 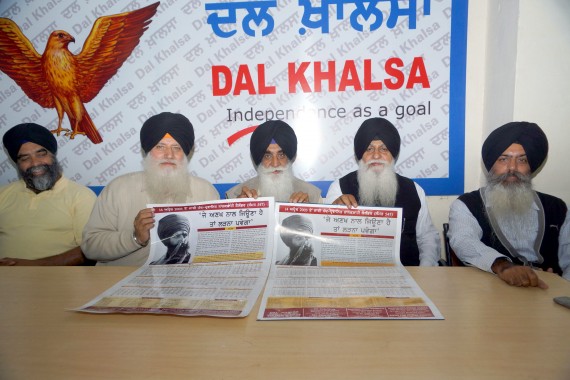 It is obvious that by putting the snap of Sant Bhindrawale on calendar and choosing his memorial as a venue for the release, the organization has tried to send the message that it would not allow anyone to kill the Sikh calendar, which is manifestation of separate distinct identity.

The calendar has names and dates of death anniversary’s of all prominent militants, who were either hanged or eliminated in the police fake or real encounters in the recent past.

Kanwar Pal Singh said the whole world was using Common Era calendar for civil purposes and for celebrating religious ceremonies and festivals the Christians, the Muslims, the Jews, the Buddhists, the Jains, the Hindus, the Zoroastrians, and, more recently, the adherents of Bahai, all have their own calendar. Why should Sikhs not have theirs, he asked.

Riding rough-shod of all concerns, appeals, prayers and warnings from a wide spectrum of the Sikh community from Punjab and the Sikh Diaspora across the globe, the Akali Dal that runs the SGPC had once again pushed the Sikhs to follow the Brahaminical and unscientific Bikrami calendar. “Badal’s have divided the Sikhs vertically”, said he.

Harpal Singh Cheema of Sikhs for Human Rights asserted that the original calendar was accurate, it has been tried for several years, its acceptability is more than 90 percent from Norway to New Zealand, from Hong Kong to India, to Middle-east, Europe, USA and Canada. The Sikh Panth has whole heartedly accepted it and greeted it with great joy, as the Sikhs have their own calendar.