Chittorgarh: For nearly 30 minutes, the three young boys can be seen shaking with fear as a mob slaps them. After they were accused of stealing a motorcycle belonging to a man from an upper caste, the teens, all Dalits, were tied to a tree, thrashed, stripped and then paraded naked in the Chittorgarh area of Rajasthan, 350 kilometres from the capital of Jaipur.

They were eventually released with the help of the police, which was summoned by witnesses.

That was on Saturday. A police case has been filed – against the children, for alleged robbery, and they are now in a juvenile home. 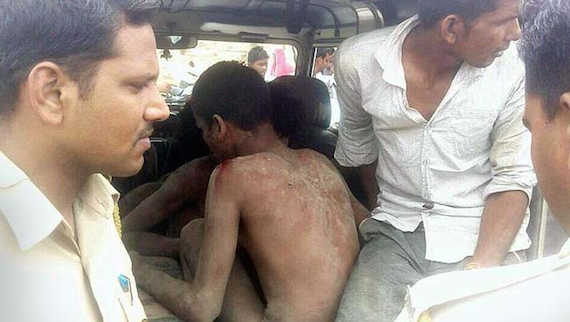 3 Dalit boys were stripped, beaten and paraded naked in a village in Chittorgarh, Rajasthan

Six people have been arrested for assaulting the teens after NDTV showed the video, shot by an eyewitness, to the state’s Child Welfare Minister Anita Bhadel. “I have just seen your video. I am going to get in touch with Chittorgarh administration and find out why this happened, what were the reasons and then we will take action,” she told NDTV.

“There is a case against unknown others as children are not being able to identify their attackers,” said senior police officer PK Khamesara.