New Delhi:  The arrest and detention of Dalit rights activist Chandrasekhar Azad under the National Security Act a day after he was granted bail is a brazen attempt to sidestep human rights safeguards in the ordinary criminal justice system, Amnesty International India said today. 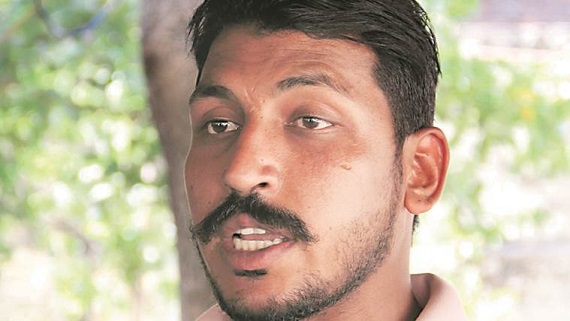 Chandrasekhar Azad was arrested by the Uttar Pradesh state police under the National Security Act (NSA) on 3 November, a day after he was granted bail by the Allahabad High Court after four months in jail. Newspaper reports had quoted the court stating that the cases against Chandrasekhar Azad appeared to have been politically motivated. Under the NSA, he is at risk of being detained for up to 12 months without charge or trial.

“Arresting Chandrasekhar Azad under the NSA the day after he received bail shows that authorities in Uttar Pradesh want to target this Dalit rights activist by keeping him locked away by any means available. Administrative detention under the NSA circumvents the human rights safeguards of ordinary criminal procedure, and undermines the rule of law. Chandrasekhar Azad should be released immediately, and his fair trial rights respected,” said Asmita Basu, Programmes Director at Amnesty International India.

The NSA permits administrative detention for up to 12 months on loosely defined grounds of national security and maintenance of public order, and has been often used to target journalists, community leaders, human rights defenders and political rivals in several states.

The UN Special Rapporteur on the situation of Human Rights Defenders has called for the repeal of the NSA. The Supreme Court of India has described administrative detention legislation as ‘lawless laws’.

Chandrasekhar Azad was arrested on 8 June 2017 for allegedly being involved in rioting, inciting violence and destroying public property, among other offences, following clashes between protesting Dalits and Hindu upper caste groups. The unrest followed the killing of two Dalit men and the burning of at least 50 Dalit homes in Shabbirpur village, Saharanpur district, Uttar Pradesh, by men from a dominant caste in April and May 2017.

He remained in detention for over four months, before he and 14 other arrested Dalit activists were granted bail on 2 November by the Allahabad High Court.

Chandrasekhar Azad is the founder of the “Bhim Army”, a group of Dalit activists who campaign against caste-based discrimination and violence, and run about 300 schools for underprivileged Dalit children in Uttar Pradesh. Villagers in Shabbirpur have commenced a hunger strike demanding Chandrasekhar Azad’s release.

The NSA states that a non-judicial Advisory Board must submit a report to the Uttar Pradesh authorities with its opinion on whether there is sufficient cause to continue detaining an individual within seven weeks of his detention. Depending on what the report recommends, authorities may continue to detain Chandrasekhar Azad for up to one year without charge or trial.