Jalandhar:  Hindutva leaning MP of Rajya Sabha Subramaniam Swamy has moved a resolution in the Indian parliament, terming the military invasion of Darbar Sahib complex “deeply regrettable”. In his resolution he has further asked the Punjab and union government to declassify all records pertaining to two key events of 1984 — Invasion of Darbar Sahib and massacre of Sikhs in November 1984. 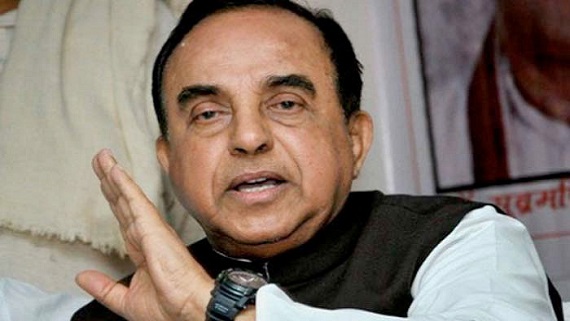 In his reported resolution moved in the upper house of the Indian parliament, he has asked for speedy action against those guilty of mass killing of Sikhs in November 1984, the MP has asked the Union home minister to consider release of Sikhs sentenced by the Terrorist and Disruptive Activities (Prevention) Act (TADA) courts after the Army attack on the Darbar Sahib complex in June 1984.

The resolution of Subramaniam Swamy so introduced  can be seen as an attempt of the state through him so as to redirect and realign a major section of the Sikh with the mainstream Indian state that broke away and became conscious of its identity after the culmination of the tragic events of 1984 . He is often times seen passing the buck on to the Soviet Union being solely responsible for the attack on Darbar Sahib and thus veiling the main perpetrator the Hindutva Indian State.

The resolution reportedly reads  “This House, to further the process of healing the long standing hurt feelings and sentiments, resolves that the deployment of the military in the Golden Temple at Amritsar on June 6, 1984 in retrospect, is deeply regrettable, and the targeted mass killing of Sikhs on November 1-3, 1984 continues to shock the conscience of the patriotic citizens of India and further calls upon the Union and state governments to declassify all the records relating to these two tragic events of 1984 and take speedy action according to Article 21 of the Constitution, to bring to book under the criminal law all those found guilty in the mass killing of Sikhs in November, 1984.”

Subramaniam Swamy, who is also pursuing the issue of Sikh convicts under TADA, wrote to Union home minister Rajnath Singh on June 21, 2017 for their release. In reply, the home minister wrote that the matter was being examined for appropriate action. As Swamy uploaded Rajnath’s letter of July 24 on his Twitter handle, he tweeted “Further step of healing touch,” media sources said.

“I have received your letter dated June 21, 2017 requesting to review the recommendations of State sovernment to set free, convicts on good behaviour, who were sentenced by TADA courts following Operation Bluestar in 1984. The matter is being examined for appropriate action,” reads a quote from a letter written by Rajnath Singh and published in Times of India (ToI).