New Delhi: At least 43 people have been killed in a massive fire in a house at Aanaj Mandi area on Rani Jhansi Road in Delhi. As per reports around fifty people have been rescued from the building so far and more are still feared trapped inside.

Fifteen fire vehicles were immediately rushed to the site to douse the blaze. 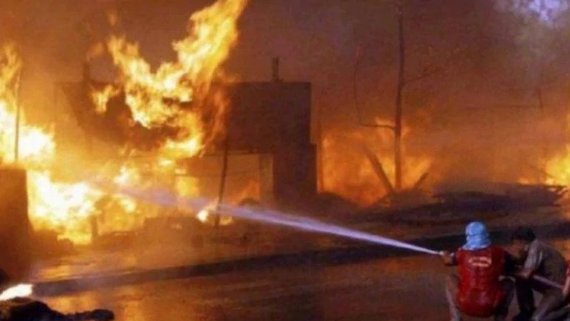 A call about the fire was received at 5:22 AM following which 30 fire tenders were rushed to the spot.

Speaking to media, deputy fire chief officer Sunil Choudhary said: “A fire broke out in a 600 sq feet plot. It was very dark inside. It is a factory where school bags, bottles and other materials were kept.” The fire has now been doused, he added.

Chaotic scenes were witnessed at the site of the fire incident with relatives and locals rushing to the area.

Distraught relatives tried to locate their family members at various hospitals where the injured and dead were taken.