New Delhi: As per the media reports the Delhi High Court (DHC) today dismissed Delhi chief minister Arvind Kejriwal’s plea to strike down Arun Jaitley’s reply filed in response to his written submission in the second Rs 10 crore defamation suit against him. 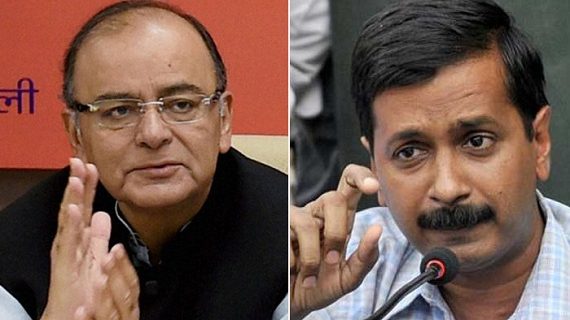 Justice Manmohan held that the averments in the replication, or Arun Jaitley’s reply to Arvind Kejriwal’s written submission, “crystalise” the Union Minister’s stand on an important issue and are relevant to the case.

Further, the court also observed that the submission of the Union Minister in his replication “is not inconsistent, is not frivolous and also not abuse of the process of law”, media sources reported.

However, the DHC granted four weeks’ time to Arvind Kejriwal to file his response to the new facts introduced by Arun Jaitley in his replication.

The court’s order came on the Delhi Chief Minister’s plea seeking to strike out the entire reply of Arun Jaitley filed in response to Arvind Kejriwal’s written submission. Kejriwal claimed that Jaitley’s replication contained additional allegations, which did not form part of the complaint, and hence, the chief minister did not have a chance to rebut them through his written statement.

On the other hand Arvind Kejriwal has reportedly filed his written submission on court notice issued to him in a second civil defamation suit against him, filed by Arun Jaitley seeking Rs 10 crore as damage.

Later, Arun Jaitley was asked to file his reply to Delhi CM’s submission.

The second suit claimed that the then counsel of the chief minister, Ram Jethmalani, made derogatory remarks against union finance minster in the proceedings of another defamation suit between the two and five other AAP leaders.

Aforesaid, objectionable and defamatory remarks were made during court proceedings and were duly recorded by the joint registrar.

Ram Jethmalani, who in September announced his retirement from over seven-decade long career as an advocate, had used certain words while cross-examining the Union Minister in a separate Rs 10 crore defamation case filed by the BJP leader against the AAP convenor and five others of the party in 2015, reads a quote from a report published in an English vernacular.

The AAP leaders in December 2015 had levelled charges of corruption against Jaitley in connection with alleged financial irregularities in the Delhi and District Cricket Association (DDCA).

Arun Jaitely at that had denied all the allegations and also claimed that these had harmed his reputation, notes The Tribune (TT).