A Bench comprising Justices Gita Mittal and RK Gauba said all the appeals in the case would be heard for three consecutive days till September 9 and clarified that no adjournments would be granted.

The CBI has challenged Sajjan Kumar’s acquittal in a case relating to the killing of five Sikhs in the Raj Nagar area of Delhi Cantonment. 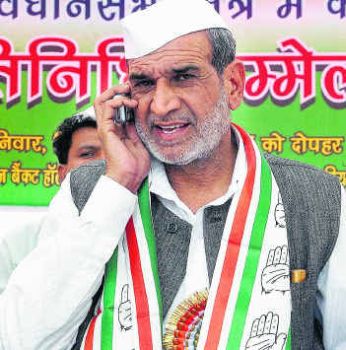 Besides the CBI, two family members, Jagdish and Nirpreet Kaur, of the victims have also come to the High Court appealing against the May 30 verdict of the trial court. Their appeals would also be heard along with that of the CBI.

In all, trial had been conducted against six persons – the others being ex-councillor Balwan Khokkar, Girdhari Lal, retired naval captain Bhagmal (all given life term), former MLA Mahender Yadav and Kishan Khokkar (both given 3-year sentence).

Five Sikhs namely Kehar Singh, Gurpreet Singh, Raghuvender Singh, Narender Pal Singh and Kuldeep Singh were brutally killed by Hindu ‘mob’ in Raj Nagar area of Delhi Cantonment during genocidal massacre of Sikhs in first week of November 1984. All of these five persons were from one family.

The trial court had acquitted Sajjan, on the plea that the key witness Jagdish Kaur had not named him as an accused in her statement to the Justice Ranganath Misra panel in 1985.

In its appeal, CBI has insisted that the trial court had ignored the fact that it was Sajjan who had instigated the mob to go on a rampage following the assassination of the then Prime Minister Indira Gandhi on October 31, 1984. The CBI had registered the case on the recommendation of the Justice GT Nanavati Commission.

The convicts have also challenged the trial court ruling.

Three Decades of Impunity and denial of Justice