New Delhi: In response to a masked mob attacking at least 26 students and teachers in Jawaharlal Nehru University (JNU), the Executive Director of Amnesty International India, Avinash Kumar said “The violence unleased on the students inside the JNU campus is shocking. For the Delhi police to tolerate such a violent attack that has resulted in grave injuries is even worse and shows a shameful disregard for the rights to freedom of expression and peaceful assembly.” 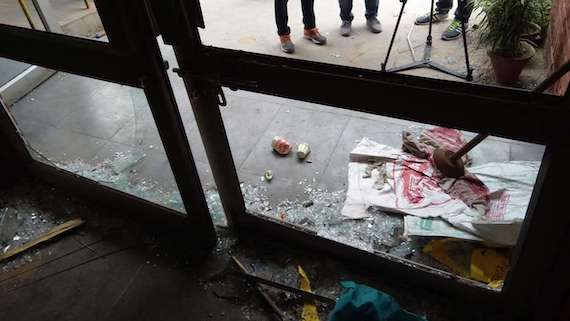 A view of broken glasses after Sunday’s incident at JNU

“It is alarming to note the ease with which the mob entered a ‘secured’ university space and were able to mete out such violence. Various media reports and students have alleged that the police stood witness to the attack and refused to control and arrest the mob. They have also alleged that ambulances were blocked from entering the campus.” 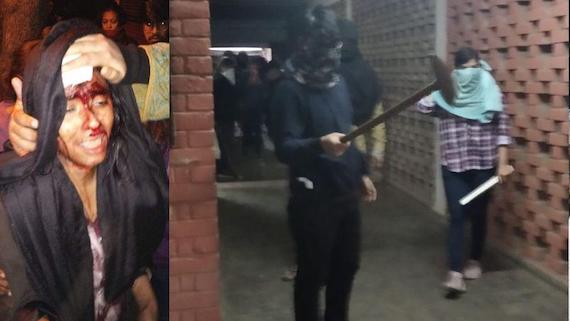 “Whether it be JNU or Jamia Millia University, the Delhi police have repeatedly failed to protect the students peacefully protesting against the Citizenship Amendment Act. The authorities have failed in their duty to ensure the safety of the students, signalling a shameful complicity of the state machinery. Moreover, the constant demonization of the students by the Government of India continues to increase their vulnerability to such attacks and awards impunity to the attackers. It is not an isolated incidents and must be seen amidst the larger pattern of pushback as massive protests continue unabated across the country. It is imperative that the government listens to its citizens.”

What Happened in JNU?

On the evening of the 5 January, a masked mob lay siege to the central university for more than two hours, injuring over two dozen students, and Prof Sucharita Sen along with other teachers from the university. The attack took place after a peace march was conducted by the Teachers Association at the university. Among those grievously injured include JNU Students Union President Aishe Ghosh, who was left bleeding. The mob was allegedly armed with rods and sledgehammers as they intimidated the students by destroying campus property, entering hostel rooms and chanting slogans such as “Kill the leftists”, “Kill the Anti-Nationals” and “Desh ke Gaddaron ko, goli maaron saalon ko” (The traitors must be shot dead). While an FIR has been registered against the attackers, no arrests have been made by the Delhi police so far. – Amnesty International India.