New Delhi/Chandigarh: On 17 August, all Sikh eyes will be focused on the Additional Sessions Court at Partial House, Delhi where Judge Ajay Pandey will announce the verdict in the 37-year old hijacking case against Bhai Satnam Singh Paonta Sahib and Bhai Tejinder Pal Singh. 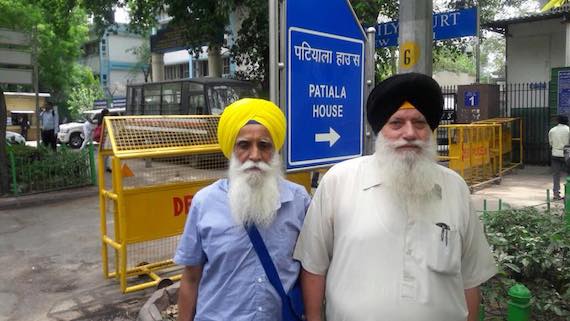 Updating about the court proceedings, the Dal Khalsa Spokesman Kanwar Pal Singh in a statement said that the judge has fixed the date for 17 today after the completion of arguments.

“Dal Khalsa appeals to those who stand for protection of human rights to be present in court on August 17 at 12.30 pm, to listen to the historic verdict which is a rare legal occurrence as the two activists have already served life sentences in the hijacking case in Pakistan from 1981 to 1994”, said Kanwarpal Singh. We urge Justice lovers to express their solidarity with the two accused and Dal Khalsa with their presence over there, added he.

The present fresh charges of “waging war against the state” were framed against both in May. It challenges the legal concept of double jeopardy and is a travesty of justice heaped upon the accused after three and a half decades, said he.