Would Be Delighted To See L K Advani As The Next President: Mamata Banerjee

Kolkata: As per the media reports the Trinamool Congress (TMC) president and the chief minister of West Bengal Mamata Banerjee in a statement which may contradict the believe and principals of the party she owns her allegiance to has stated here on Thursday that she would be happy to see veteran BJP leader and “Hindutva” stalwart LK Advani as the next President of the country. 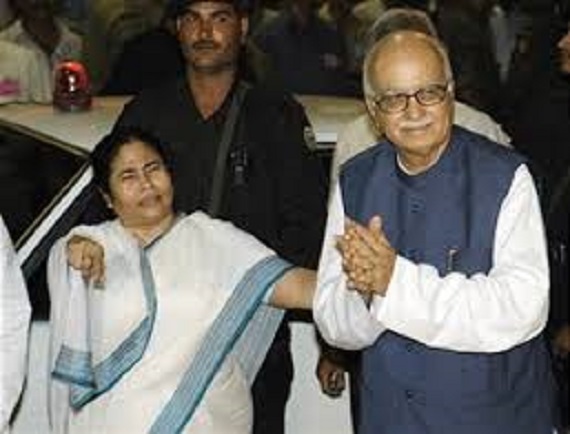 Furthermore in an interview to the media she added that wouldn’t mind if Sushma Swaraj or Sumitra Mahajan became the country’s first citizen. During the interview she tried to articulate both as both critic  and admirer’s of the BJP, but even once mention Narendra Modi and Amit Shah even once, named BJP only a few times and referred to RSS as a “saffron” outfit.

However when asked why the sole TMC MP in Manipur was supporting the BJP, she said: “These things happen in the north-eastern states. Money decides politics out there.” she claimed.