Chandigarh: As per media reports Bhai Dhian Singh Mand met Bhai Jagtar Singh Hawara in Tihar recently. Bhai Mand has been facing criticism for “calling off” Bargari Insaaf Morcha as the decision had brought forth cracks within the camp of acting Jathedars. 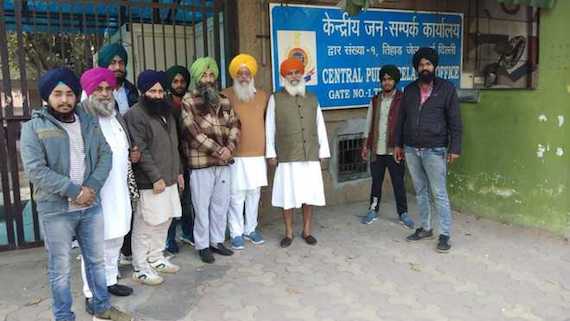 Bhai Dhian Singh Mand, with others, outside Tihar Jail

After announcing to take the morcha to next level Bhai Dhian Singh had called off sit-in demonstration that was being held at grains market in Bargari since 1 June. Later he had announced to hold a meeting on December 20 to announce next programme but after other acting Jathedars openly criticised him, he had announced to postpone the meet to January 10.