Patiala: Dr. Dharamvira Gandhi, MP (Patiala), has announced the formation of a new forum named ‘Punjab Manch’, which is expected to evolve into a formal political party in the course of time.

A press release issued by Dr. Dharamvira Gandhi notes: [t]he theme and objective is ‘Federal India, Democratic Punjab’, and its vision is for a country strongly rooted in democracy, arising out of a comity of individual states exercising federal powers, as envisioned in the Constitution which speaks of a “Union of States”.

He said that the Punjab Manch believes that the essence and true destiny of India can only be achieved by the threads of its cultures and races working fully and harmoniously, weaving a much richer, holistic tapestry. 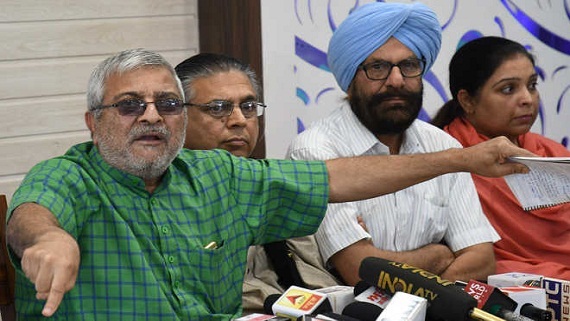 At present, the sum of its individual constituent parts are largely subservient to the yoke of an overly-strong, stifling, and unsuitably-centralised government.

He said that: “India is being denied opportunities for a full, coaxial, flowering of its different national, regional, religious, linguistic, ethnic and cultural identities, by the imposition of a centralised political structure, in the form an overwhelmingly powerful Centre in which the contours of a “Union of States” is only faintly discernable”.

Punjab Manch aims to build a country where diversities of all hues, enjoy opportunities to flower as part of a larger bouquet, fully realising the idea of ‘unity in diversity’, said Patiala MP.

He said that to achieve this objective, the Manch shall strive for the correction of distorted centre-state relations to achieve a truly federal India.

“The Manch also stands for fully democratising state administration and building a democratic society at large. To this end , it appeals to all Punjabis to unite on the basis of Equality, Liberty and Fraternity, overcoming all prevailing divisions based on caste, gender, race and religion in punjabi society”, the statement reads further.