The picture of handshaking has gone viral on social media and inviting remarks. 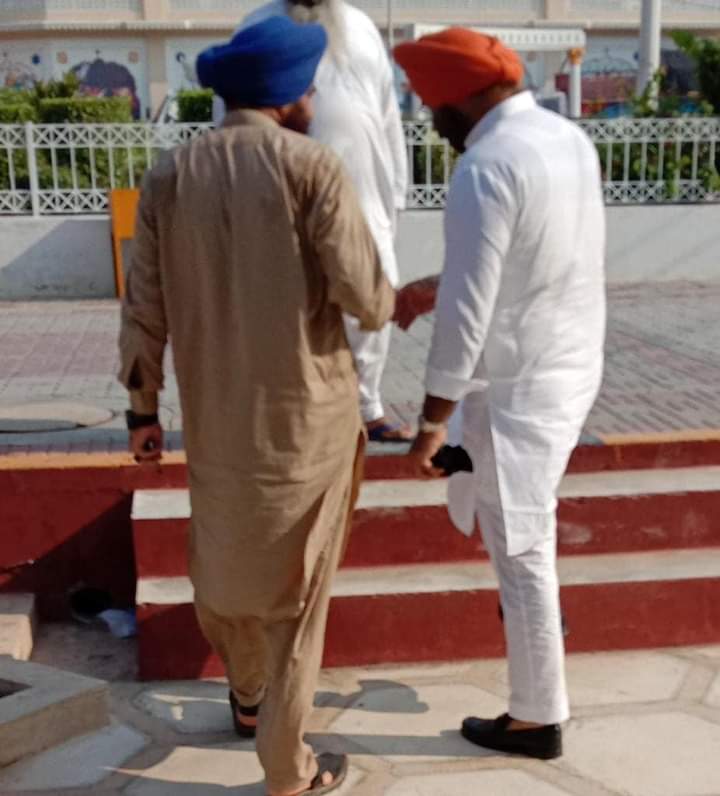 The former office-bearer of Pakistan Sikh Gurdwara Parbandhak Committee (PSGPC) and non-official members of the Evacuee Trust Property Board (ETPB), Chawla has been on radar of Indian government for his pro-Khalistan stand and he was removed from both the posts by the Pakistan government after India raised an objection on his inclusion especially when project of Kartarpur Sahib corridor is underway.

Being leader of the Shiromani Akali Dal (Badal) which is constituent of ruling BJP-led National Democratic Alliance (NDA) in centre, and BJP MLA from Rajauri Garden (Delhi), Sirsa has been speaking against Chawla. Dubbing him an “extremist” and a “puppet” of Hafiz Saeed, co-founder of militant organization Lashkar-e-Taiba (LeT), Sirsa in the month of March this year lodged strong protest against his inclusion in the PSGPC.

During last secretary level meeting held between India and Pakistan at Wagah border on July 14, Indian delegation took up the issue of pro-Khalistan activities in Pakistan and a dossier was handed over to Pakistan side to highlight its concerns in the matter.

Pointing finger toward Chawla, Indian delegation had stated that “individuals or organisations based in Pakistan  may try to disrupt the pilgrimage and misuse the opportunity to play with the sentiments of the pilgrims visiting Gurdwara Darbar Sahib, Kartarpur in Pakistan”.

The corridor is being constructed by Pakistan to provide devotees of Indian sub-continent a visa-free access to Gurdwara Darbar Sahib, Kartarpur Sahib, last resting place of Guru Nanak Sahib and 3-kms away from international border at Dera Baba Nanak.

In this backdrop, meeting between Sirsa who went to Nankana Sahib on today (July 30) to be part of international nagar kirtan being taken out on August 1 to celebrate parkash Gurpurb of Guru Nanak Sahib, and Chawla remained hot topic in the news.

However, soon after the picture went viral, Sirsa gave clarification through a video in which he is seen saying that “Chawla forcibly tried to meet him”. He said, “When I reached Gurdwara Janam Asthan, Nankana Sahib and was having a cup of tea in room, Chawla suddenly turned up there. I immediately stood up and began to leave that room. However, he was insisting to meet me, but I was refusing it. When he approached me, his gunman clicked our picture from back”.

“I would like to make it clear that I am patriot and cannot have any king of relation with Chawla who is anti-national. This is entirely a mischievous act as they are circulating this photo to media deliberately”, he added.

On the other hand, Chawla also released a video to tell his side of story. He said, “I just welcome him as he is guest for us. I want to tell you (Sirsa) that you are forced by the organizations like RSS to speak against me. I don’t want to say anything more about you as you are our guest in Pakistan”.