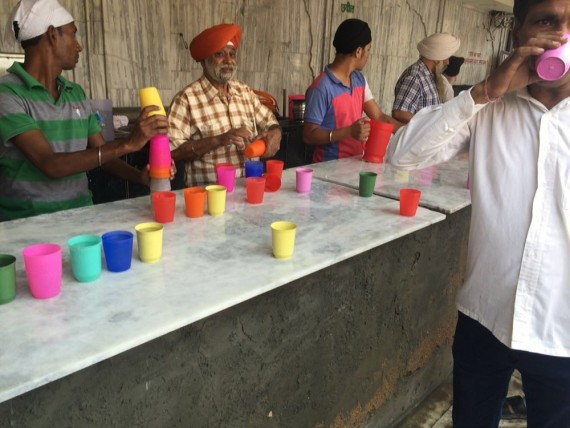 Sikh Sangat rebuilds structured of Bhai Mati Dass Chhabil near Gurdwara Sisganj Sahib on April 6 after it was demolished by M. C. D.

A message by the DSGMC titled as “HIGH ALERT” reads as follows:

“—— HIGH ALERT ——
Saad Sangat ji Please be informed that today Court has reordered to demolish the Piao at G Sis Ganj Sahib that was resurrected with help of Sangat after demolition. We appeal to Sangat to be alert and vigil so that further no damage comes to the Shaheedi Sthan of Dhan Guru Tegh Bahadur Sahib. Please be at guard for any untoward incident.
Manjit Singh GK
Pres, DSGMC.”

The Chhabil was demolished by M. C. D. with the help of Delhi police on Wednesday (April 6) but it was rebuilt by the Sikh sangat with in few hours.