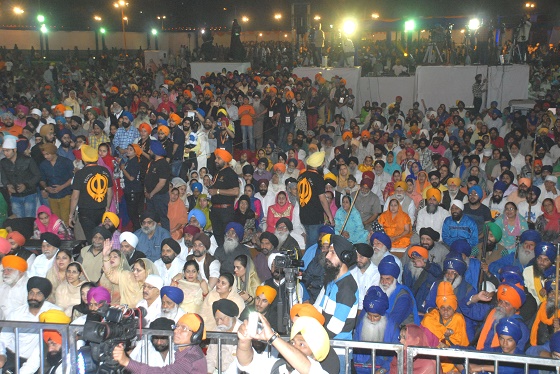 A view of gathering during Delhi Fateh Divas celebrations [2015]

The DSGMC president Manjit Singh GK said the Fateh Diwas was organised in memory of Baba Baghel Singh who had conquered Delhi during the reign of Mughal King Shah Alam in March 1783 and unfurled a Nishan Sahib at Red Fort.

It is notable that various local Sikh bodies had jointly approached DSGMC in 2014 to take initiative to mark the “Fateh Diwas”; as a result the day was marked last year for the first time by the DSGMC in March 2014.