In an earlier write-up the Sikh Siyasat News (SSN) analyzed DGP’s statement with background context and explained that the DGP is asking the state to obstruct the legal course and imposed impunity. [READ at: ON DGP SURESH ARORA’S STATEMENT: HUMANITARIAN GROUNDS CAN’T BE INVOKED TO SEEK IMPUNITY FOR INHUMAN ACTS]

In this write-up details of two more cases are being shared. It may be recalled that these details are based on Punjab and Haryana High Court’s judgement dated 20 December 2017.

Case file of Baldev Singh, a Sikh soldier in Indian Army Who Was Killed in Fake Encounter by Punjab Police: 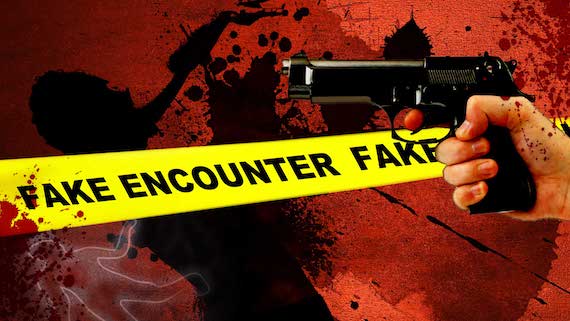 Baldev Singh alias Deba was the only son of Buta Singh s/o Udham Singh. He was a soldier in the Indian Army and was posted at Srinagar. Baldev Singh, 24, was in service for last more than five years in 1992 when he came to his home on 2 months leave. His leave was to expire on 13.09.1992 but on 06.09.1992, when he was contemplating to go back to office, he was picked up by Chhearta P/S headed by SHO Mohinder Singh from the residence during night of 05.09.1992. S. Buta Singh stated in his affidavit that the police party picked up his son from the house top where Badvev Singh and his wife were spleeping in the night.

S. Buta Singh made efforts to secure his son’s release but in vain. On 13.09.1992, Buta Singh came to know from newspaper and villagers that his son was killed by the police in an encounter at Jagdev Kalan. The police did not hand over the dead body to the family nor they were intimated the killing. The family was not able to even collect the ashes Baldev Singh.

An FIR was registered with regard to killing of Baldev Singh s/o Buta Singh on 15 November 1995 pursuant to Indian Supreme Court’s order in CRWP (Criminal Writ Petition) No. 497 or 1995.

During inquiry, the CBI found version of complainant Buta Singh was correct and that of the police regarding death of Baldev Singh @ Deba in an encounter as false and concocted.

Like other related cases the proceedings of this case remained stayed for 14 costing years as after installing stay in 2002 the SCI did not decide a simple technical question until 2016. Now when the proceedings are set to take place against accused cops in the CBI court, the Punjab DGP want India’s Ministry to Home affairs to take ‘sympathetic view’ in favour of accused cops. But the question is that do these cops really deserve such a view? especially when that would amount to imposing impunity for killings that were part of ‘crimes against humanity’ committed in an organised and systematic manner and were part of widespread practise of state forces.