New Delhi: A five-year-old girl was killed and four others were severely injured when the roof of a Gurdwara collapsed in east Delhi’s Geeta Colony area, said Delhi Sikh Gurdwara Management Committee (DSGPC) in a written statement issued yesterday.

As per information two Saroops of Sri Guru Granth Sahib were buried under the debris that were brought out safely by the Sikh sangat. 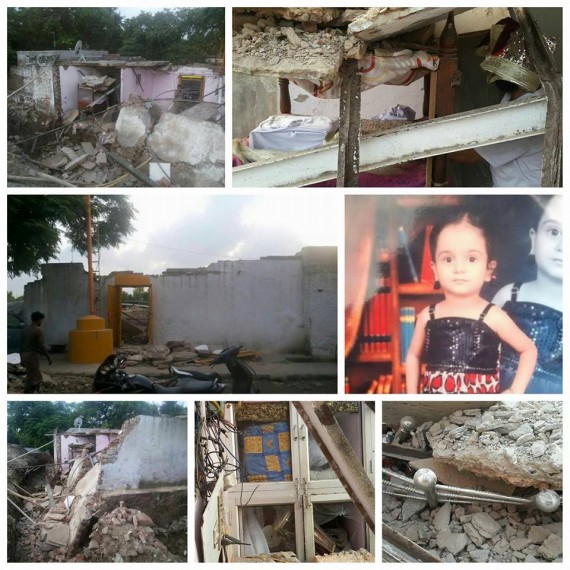 An update by the Sikh Channel (UK)’s Delhi unit reads: “The Gurdwara Sahib building has collapsed at Geeta Colony, Krishna Nagar, Delhi 110051 as a result of late night digging by the Delhi Public Works Department to construct a wall. The work was taking place at night at 2 AM for unknown reasons.

The collapse tragically resulted in the death of the five year old daughter of a Sewadar working in Gurdwara and injury to several others. They have been admitted to hospital.

Gurdwara Sahib building collapsed following repeated complaints by Gurdwara officials to the PWD relevant departments regarding incorrect procedures. All were reportedly ignored and the work continued“.

According to Delhi police three fire tenders were rushed to the spot and a joint rescue operation was conducted by Delhi Disaster Management Authority, Delhi Fire Service and Delhi Police.

The five victims were rushed to LNJP Hospital, where the five-year-old girl, identified as Kuljeet Kaur, was declared brought dead. Her family members, who sustained severe injuries, have been identified as Rajendar Singh (35), Rajender Kaur (30), Harmant Preet Kaur (9) and Sagar (20), said the senior official. A case has been registered under Section 304A (causing death by negligence) of the IPC.