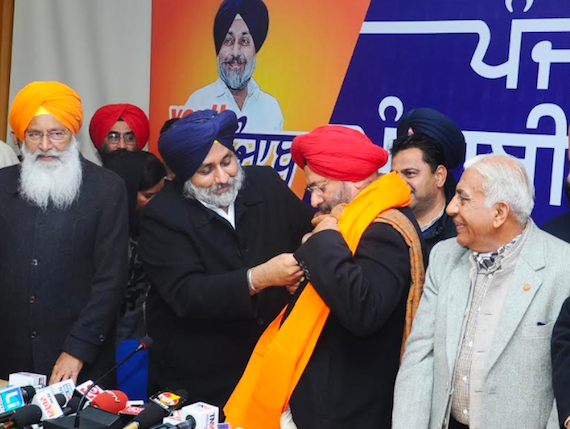 An event in this regard was held at SAD (Badal) head office in Chandigarh on Saturday 07th January, 2017.