Former Panj Pyare said that Badal Dal’s move was clearly in violation of ‘Hukumnama’ issued by Akal Takht Sahib. They said that Badals had secured so-called apology for Dera Sauda Sirsa chief Gurmeet Ram Rahim from SGPC appointed Jathedars in 2015 but the decision was withdrawn after expression of strong resentment form the Sikh sangat. They said that withdrawal of so-called apology had reinstated the authenticity of the May 17, 2007 Hukumnama against Dera Sauda Sirsa. 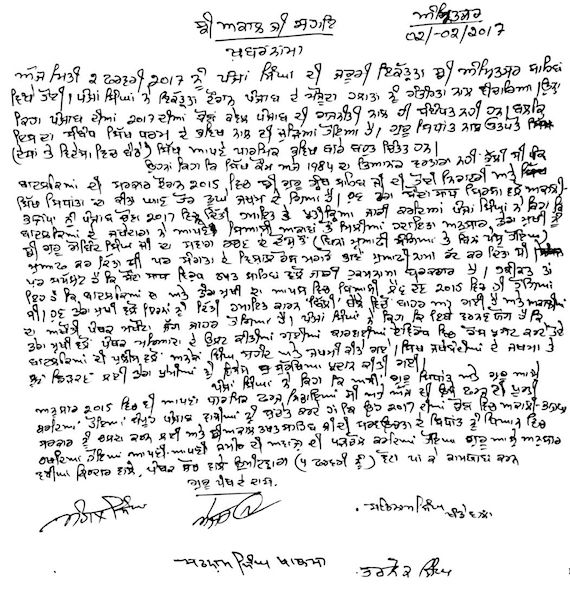 Bhai Satnam Singh Kahndewala and other Singhs said that Badals had signed a deal with Dera Sauda back in 2015. They also urged Sikh voters to cast their votes in favour of candidates who hold Panthic views.