Amritsar Sahib: After Giani Gurmukh Singh was asked to vacate the official residence given to him by Shiromani Gurdwara Prabandhak Committee, the former Panj Pyare of Shri Akal Takhat Sahib has voluntarily decided to give up their respective residential quarters provided to them by SGPC. 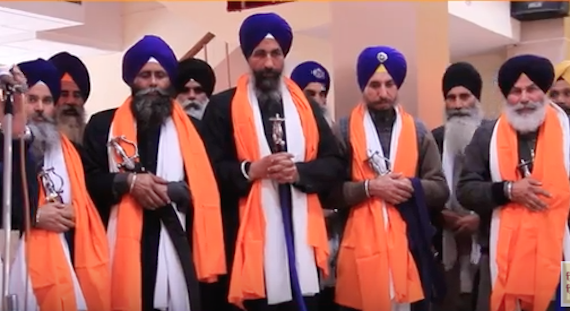 Of the “Panj Pyaras”, Satnam Singh and Mangal Singh are still living in the Darbar Sahib complex — the rent of which is deducted from their gratuity and provident fund since the day of reliving them from their respective duty, media reports said.

While interacting with the media Satnam Singh Khanda said that the way SGPC treated Giani Gurmukh Singh was awful.

Recently, the SGPC had snapped power and water connections to the house of Giani Gurmukh Singh, former Jathedar of Takht Damdama Sahib, in the Darbar Sahib complex here.

To neutralise the move of Panj Pyare the SGPC secretary Dr Roop Singh reportedly said that “There is a dearth of quarters. They should vacate the premises as there is a long list of employees in need of accommodation.”

On the other hand Satnam Singh maintained that the SGPC had verbally asked them to vacate the house, but we sought time to make an alternative arrangement.

“My house is under construction. As soon as the construction is over, I will shift out. We will never approach the SGPC to claim gratuity and provident fund as the money belongs to guru ki golak,” he adds. notes The Tribune (TT).