Fresno: The Fresno City Council voted Thursday (September 02) night to recognize the 1984 killings of thousands of Sikhs in India as a genocide.

The vote took place nine months after it was initially proposed by Councilman Clint Olivier. It also followed a controversy in June after the Indian consul of San Francisco met with council members to convince them Olivier’s draft resolution was inaccurate and one-sided. 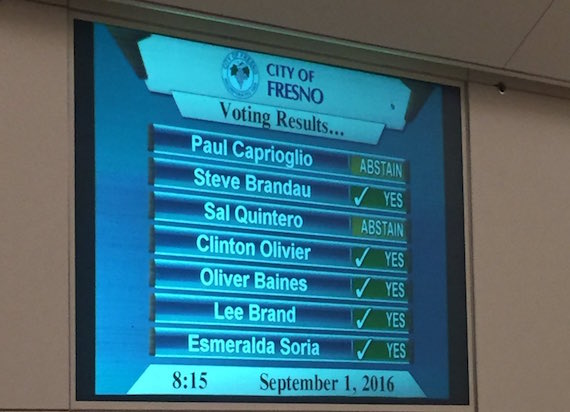 Olivier tabled the resolution to do more research after Sudarshan Kapoor, a retired Fresno State social work professor and longtime peace activist, spoke out against it. Kapoor said the resolution would create hatred and bitterness.

“We mean no harm to those who have a different point of view,” Olivier said Thursday. “This is about healing.”

The resolution was sponsored this time by Olivier, Oliver Baines and Esmeralda Soria. The language did not change from when it was first proposed. 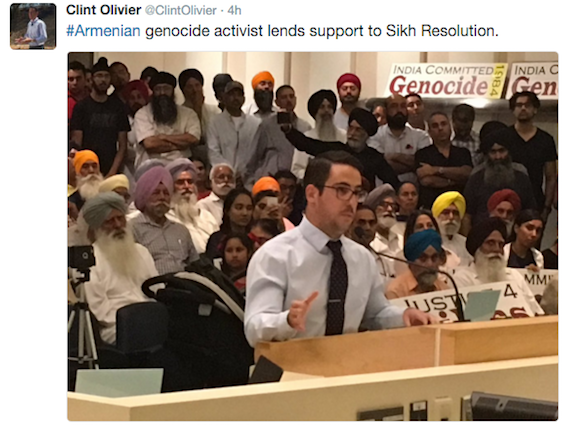 As per Fresno Bee [a]n estimated 500 Sikhs came from as far as Sacramento, trying to find a spot inside the City Council chambers that holds 250 people. Buses transported community members from Sikh Gurdwaras to City Hall to show their support.

All seats were occupied on the main floor and on the balcony by men, women and children, young and old. Dozens more stood inside and in the entryway. Many held signs reading “India committed genocide”. 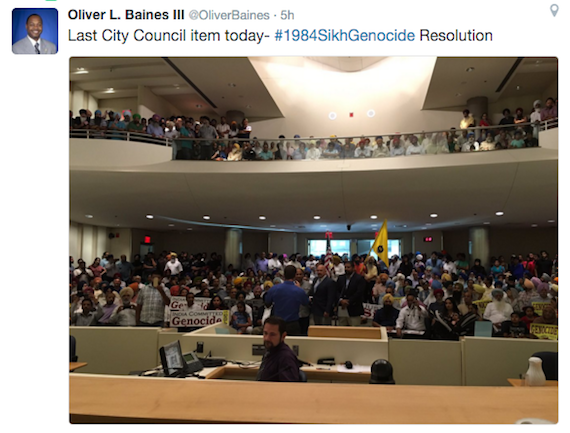 The room erupted in cheers when, after more than an hour of public and council comment, the votes came in. Five council members voted in favor of the resolution. Two – Paul Caprioglio and Sal Quintero – abstained.

Council Member Lee Brand’s vote in favor of the resolution was a departure from his remarks to The Bee in June that it would only further divide the community. “I believe there was a genocide,” he said. Council Member Steve Brandau also voted for the resolution. 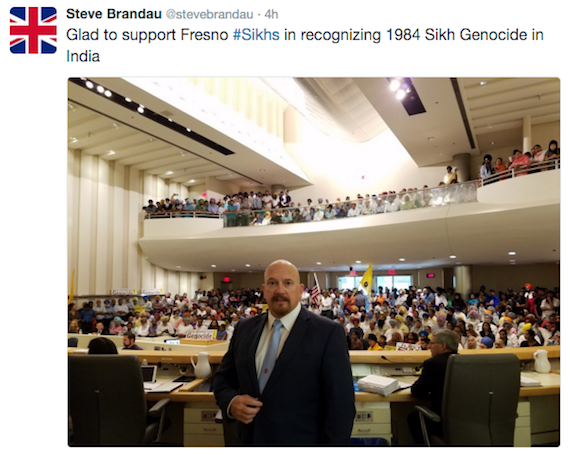 Baines said the council often takes symbolic positions. Though the genocide resolution doesn’t change laws, he said, “you will know that we stand with you. And that means something.”

Mohinder Kahlon of Fresno addressed the council in Punjabi. Through an interpreter, he said his father and brother were killed in Delhi in 1984. His three children watched dead people being pulled out of houses. They saw Gurdwaras and homes go up in flames. Nearly his entire neighborhood was destroyed.