Amritsar: The Shiromani Gurudwara Prabandhak Committee (SGPC) appointed jathedars here on Tuesday (June 13) held a meeting and announced to form a 15 members committee to reclaim the land were once Gurudwara Gian Godari was situated so that the Gurudwara sahib could be reconstructed. 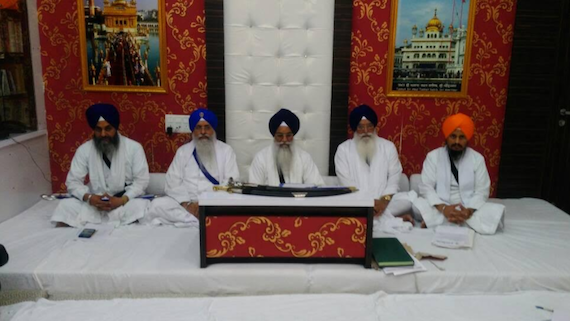 Giani Gurbachan Singh and others at Akal Takht secretariat in Amritsar