Berlin: The two teenagers accused of carrying out a bomb attack on a Gurudwara Sahibs in the German city of Essen wanted to cause maximum casualties by detonating the explosives inside but were unable to break into the Sikh temple, investigators have said.

“It was a matter of great luck that a major catastrophe was averted,” a police spokesman said.

An explosion ripped through the entrance hall of the Nanaksar Satsang Sabha Gurdwara on the evening of 16 April, shortly after it hosted a wedding ceremony.

Most of around 200 wedding guests, including children, had left the gurudwara to attend a reception in a nearby hall when the bomb went off. 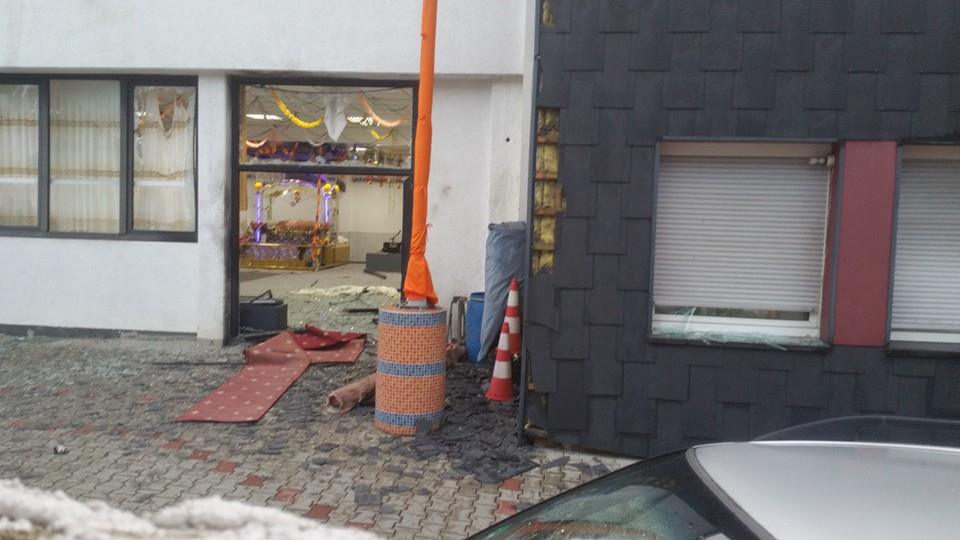 New information on the attack given by the North Rhine Westphalia interior ministry on Thursday showed that the 16-year-old secondary school students Mohammed B and Yussuf T wanted to detonate their self-made bomb, a fire extinguisher filled with explosives, inside the gurudwara.

But they could not break into the gurudwara through the entrance door and they set off the explosion at the entrance.

The bomb was so powerful that the explosion caused severe damage to the building.

The local police has already termed it as an act of terror.