Ludhiana, Punjab (September 20, 2015): Writers, Students, teachers and leaders from around the state who gathered here today on call of Guru Gobind Singh Study Circle resolved to work for development of Punjabi language and Gurmukhi script. Issuing an emotional appeal to all Punjabis to maintain the prestige and glory of Punjabi language, the gathering unanimously passed seven resolutions urging government to implement usage of Punjabi at all levels including Judiciary and legislature. 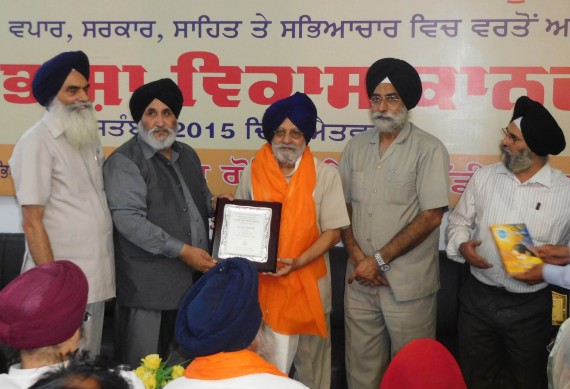 Chief Guest at the conference, Dr Charanjit Singh, Speaker, Punjab Assembly, while paying rich tributes to those who sacrificed for the creation of Punjabi Suba, assured to implement usage of Punjabi in Vidhan Sabha and its secretariat. Dr Daljit Singh, Education Minister Punjab, while presiding over the conference appreciated the sincere efforts being put in by Guru Gobind Singh Study Circle for the development of Punjabi Language. He agreed to take up with state government the issues raised by scholars and the resolutions adopted during the conference.

Guest of honors S. Sukhdev Singh Bhaur, General Secretary, Shiromani Gurdwara Prabandhak Committee, Amritsar informed that the first ever resolution passed by the general house of SGPC was to implement Punjabi in its working. 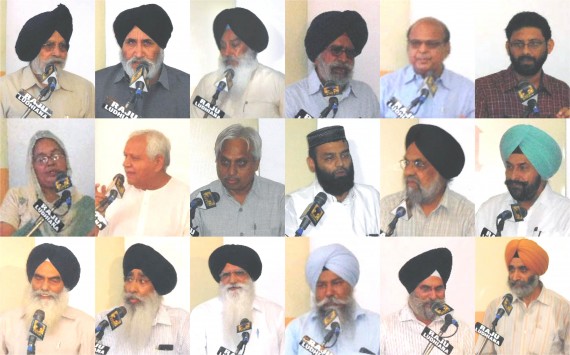 Speakers at the conference 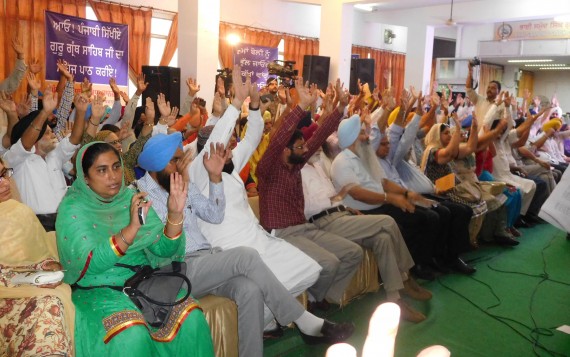 Attendees vow to promote idea of Punjab, Punjabi and Punjabiytat

Dr Hari Singh ‘Jachak’, convener of Punjabi Bhasha Vikaas Conference told that in the state of Punjab since its inception in 1967, Punjabi has not been implemented in legislature, Judiciary and executive. S. Pirthi Singh Chief Secretary of the Study Circle said that Punjabi has not been given the respect deserved by the mother tongue. Guru Gobind Singh Study Circle has taken upon this cause and this conference is a step in this direction, he said.

Dr Balwinderpal Singh, Additional Chief Organizer, Languages Literature and Cultural affairs while thanking the dignitaries and participants said that Study Circle will further strengthen and accelerate the movement for promotion of Punjabi Language.