Ahmedabad: Gujarat state Bhartiya Janata Party (BJP) on Monday  on the last day of filing of nominations for the second phase of the Gujarat polls released its final list of candidates for the upcoming Gujarat State Assembly Election to be held early next month. 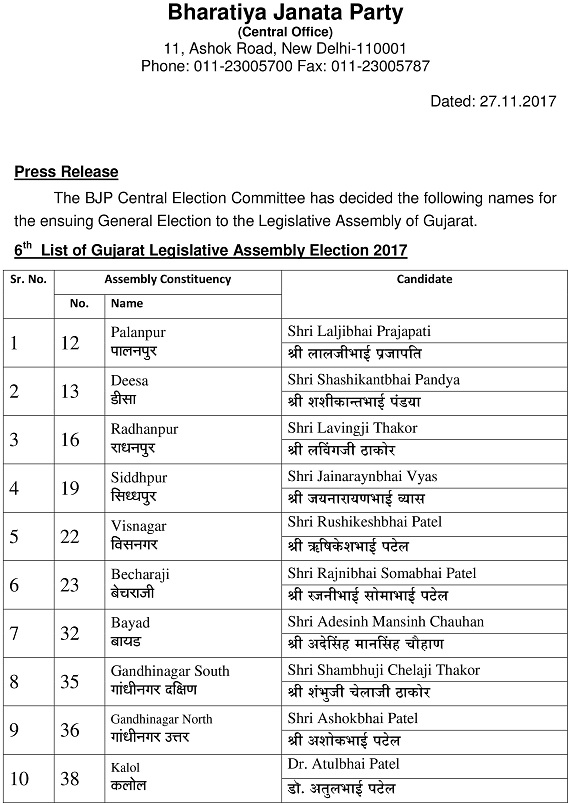 It is reported by the media sources that the party has dropped five MLAs, including former chief minister Anandiben Patel for the list. Anandiben Patel, the legislator from Ghatlodia seat of Ahmedabad city, had earlier announced that she would not contest the polls. The BJP has dropped minister Rohit Patel from Anand seat. 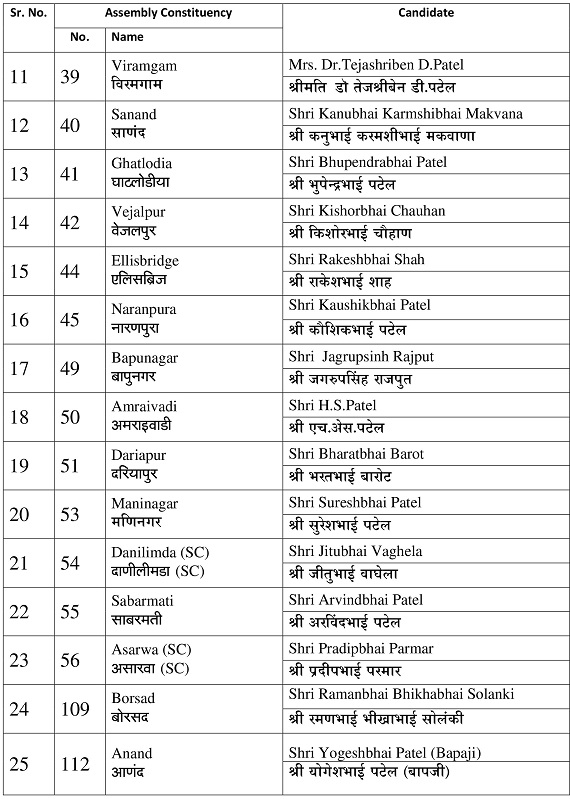 In its sixth and final list, the party has given tickets to 12 sitting MLAs. 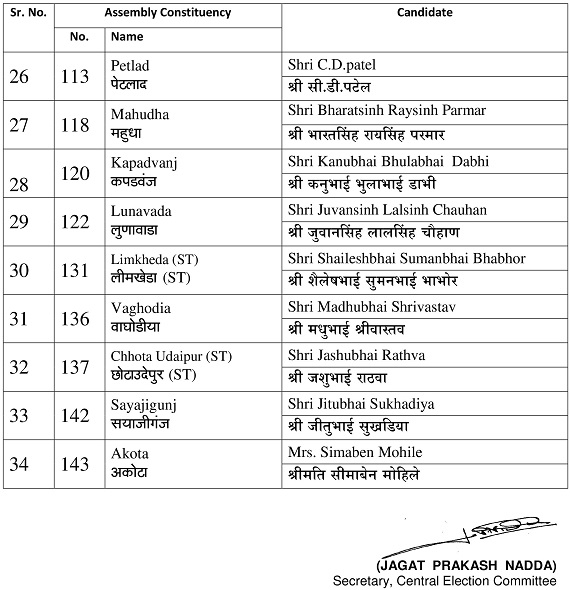 The BJP has fielded Bhupendra Patel from Ghatlodia, represented by Anandiben Patel, while senior leader Kaushik Patel has been given the ticket from Naranpura, which was earlier represented by party president Amit Shah.

Amit Shah had resigned as MLA after his election to the Rajya Sabha, notes The Hindu (TH).