Pathankot: As per reports in the Indian media at least four armed persons launched a strike on the Indian Air Force’s base in Pathankot this morning. The security of the base was breached and two assailants were killed in the resulting gunbattle, say media reports.

As per initial reports the gunfire started at around 3:30 am on Saturday (Jan. 02). Some media reports say that an official car was used as a decoy to start the attack.

As of now, fierce battle still rages inside the base, though the remaining assailants have been contained in a non-operational area of the facility.

The National Security Guard (NSG) has been called in to take over the situation. 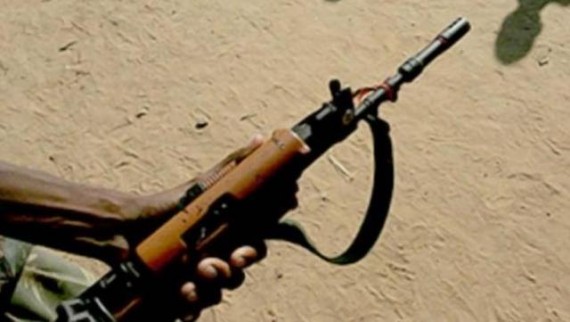 There is suspicion that the attack might be linked to the abduction of a Superintendent of Police (SP) in Pathankot on Friday night.

A Times of India (TOI) notes that the police officers found the first victim, 40-year-old Sikh man Ikaagar Singh, near Kathlor bride in Pathankot near his Innova. He was killed with a sharp weapon.

“The attackers also stole at gunpoint the official Mahindra XUV of Gurdaspur superintendent of police (headquarters) Salwinder Singh who was returning from Pathankot along with his cook Madan and a jeweller friend Rajesh Verma. They were stopped at Gulpur Simbli a village on the Pathankot highway, about 15 km from Kathlor”, notes TOI.