Lahore: As per reports emanating from Lahore Hafiz Saeed has been sentenced to 5 years imprisonment in each case against him. 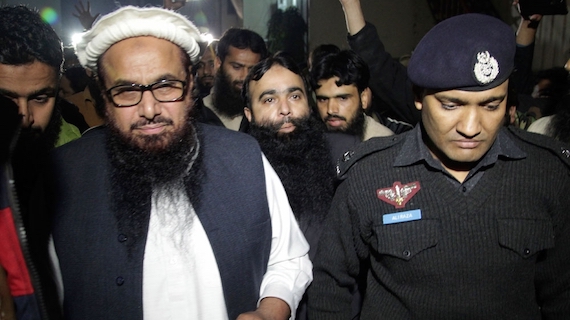 Hafiz Saeed’s lawyer Mohammad Imran maintained that Hafiz Saeed has been sentenced under pressure of Financial Action Task Force (FATF). He said that they would file appeal in higher court against today’s sentencing.

#BREAKUNG ; #HafizSaeed has been sentence 5 years 3 months for each terror case. His advocate Mohammad Imran alleged the sentence was announced due to the pressure of #FATF. pic.twitter.com/JEhSEGHjvV

More details were awaited at the time of publishing this news.