Chandigarh: Himachal Pradesh state BJP unit on Thursday released its list of candidates for the upcoming state assembly elections in Himachal Pradesh which are due to take place on 9th November 2017.

The BJP has candidates in all the 68 seats in state. They include Anil Sharma, Congress veteran Sukhram’s son, who quit the Congress recently to join the BJP. 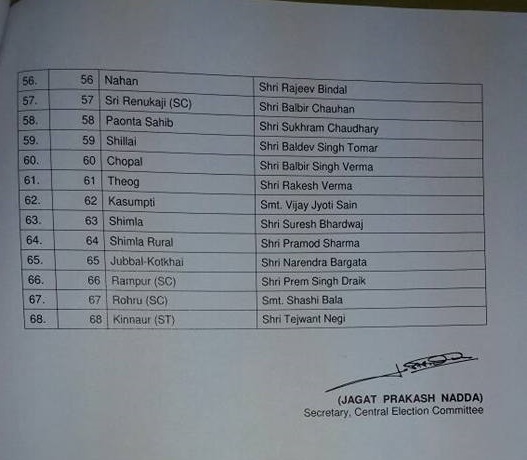 In a poll related development, the Election Commission (EC) has said that keeping in view the fact that VVPAT (voter verifiable paper audit trail) is to be used in all elections henceforth, the number of electors to be assigned to any polling station should not exceed 1,400, notes LiveMint in its report.