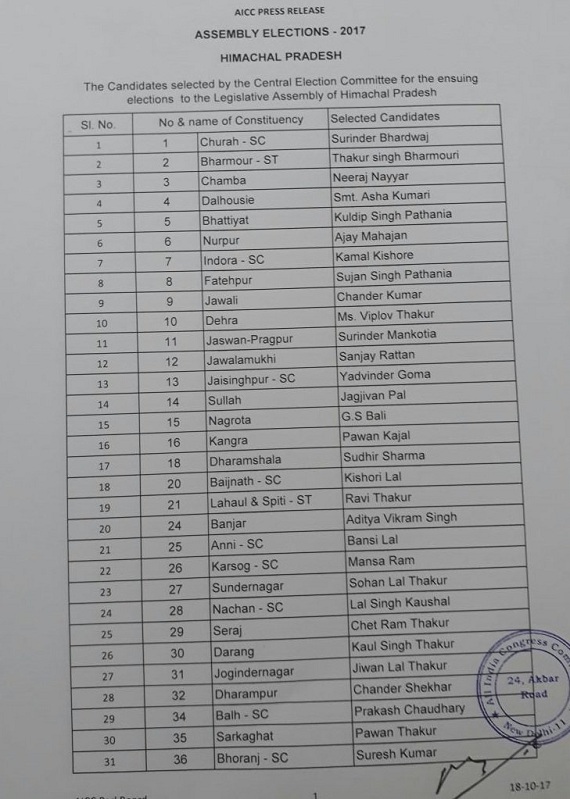 The incumbent Congress has announced names of 59 candidates. Chief Minister Virbhadra Singh, who is the party’s candidate for the post again, will contest from the Arki Assembly seat. He has been fielded against the Bharatiya Janata Party’s Ratan Singh Pal in the constituency, media reports said. 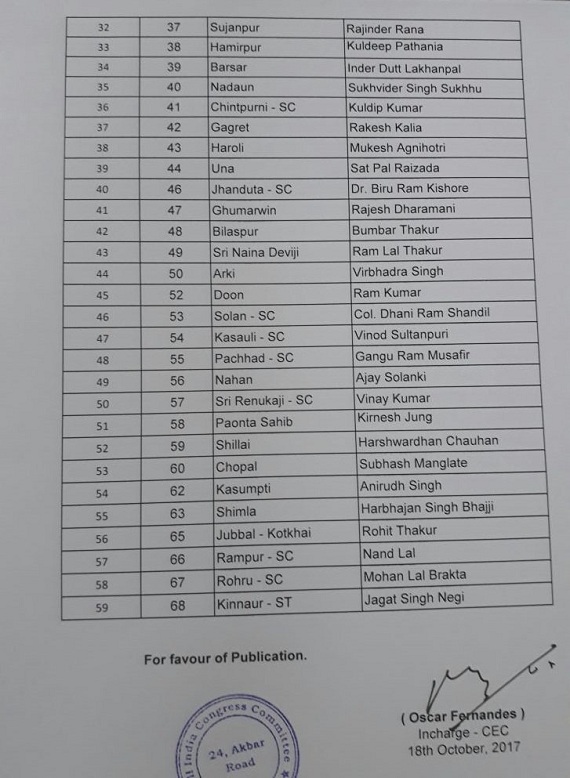 It is reported that state congress chief Sukhwinder Sukhu has been fielded from the Nadaun Assembly seat, which the latter had unsuccessfully contested in the previous election.

The Congress has fielded all its senior state leaders for the election. Rajya Sabha MP Viplove Thakur will contest the election from the Dehra Assembly segment, which she had lost in 2012.